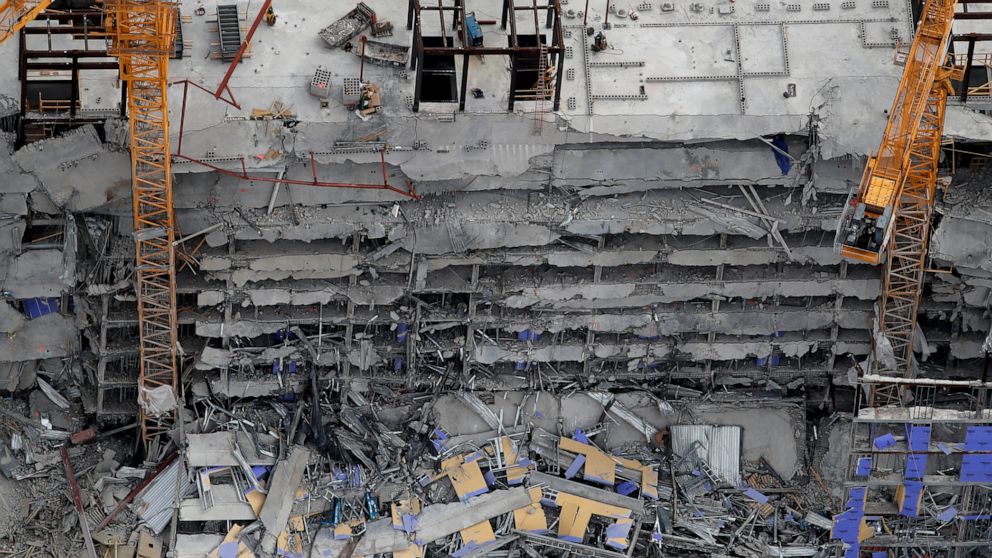 The Latest on the partial collapse of a hotel under construction in New Orleans (all times local):

Emergency workers in New Orleans are preparing to enter a partially collapsed building at the edge of the French Quarter in hopes of finding two people missing since part of the building came crashing down at mid-morning.

The Hard Rock Hotel was under construction when a large section of it collapsed Saturday. One person was killed at the scene. Approximately 20 others were injured. A man who had been unaccounted for turned out to have been at a local hospital. But two other people remain missing and Fire Chief Tim McConnell says rescue workers hope to find them alive.

McConnell said only part of the building is considered stable. And a 270-foot (82.3-meter) -tall crane looming over the wreckage also is unstable and in danger of collapse — further complicating rescue efforts.

A large portion of a hotel under construction in New Orleans has suddenly collapsed.

News outlets report several construction workers had to run to safety Saturday as the Hard Rock Hotel, which has been under construction for the last several months, came crashing down.

It was not immediately clear what caused the collapse or if anyone was injured.

Upper floors began to fall on top of each other before one side of the building fell to the ground below.

The hotel was scheduled to open in the spring.