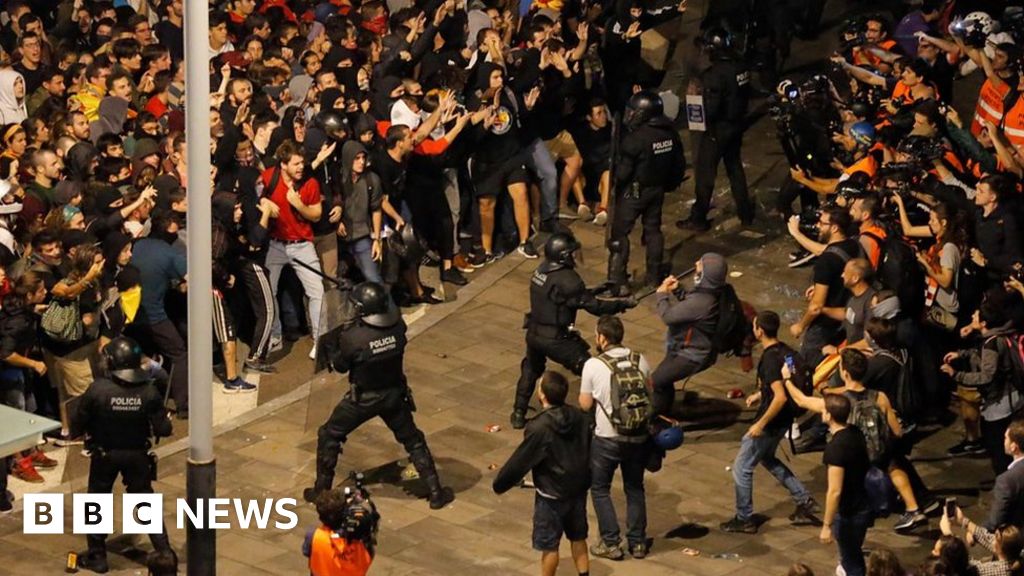 Protests have erupted in Barcelona after Spain’s Supreme Court sentenced nine Catalan separatist leaders to between nine and 13 years in prison.

The separatist leaders were convicted of sedition over their role in an illegal independence referendum in 2017.