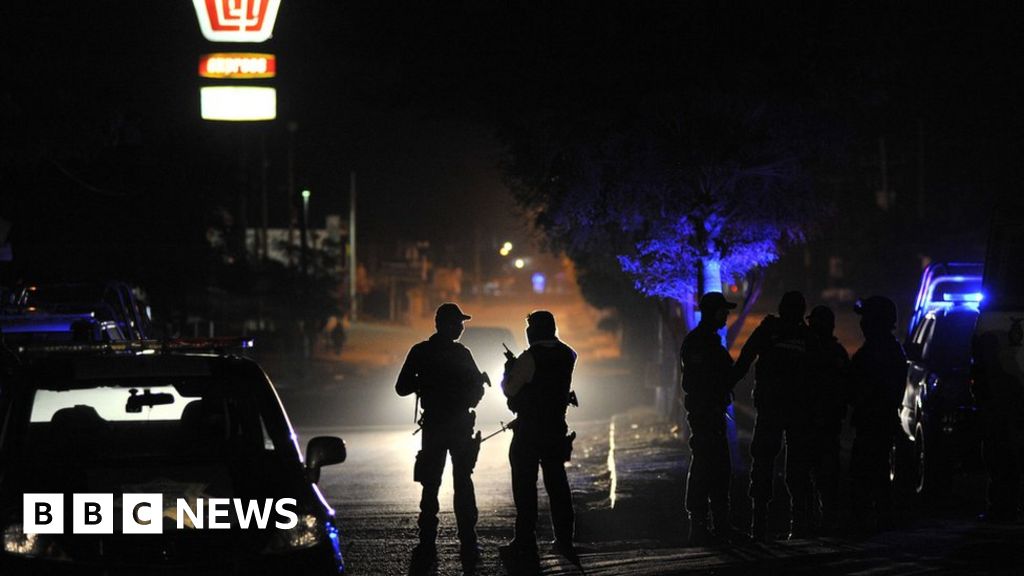 Fourteen police officers have been killed and three injured following a shooting in western Mexico.

The police were carrying out a court order in El Aguaje, Michoacán state, when their convoy was ambushed.

A powerful criminal group, the Jalisco Nueva Generación Cartel, is believed to have carried out the attack.

Authorities said all resources would be put into finding those responsible. The region is a hotspot for violence linked to turf wars between drug cartels.

What happened in El Aguaje?

Police patrol vehicles were ambushed as they passed through the town.

Reports say the convoy was surrounded by heavily armed men in a number of pick-up trucks who then fired on the officers and set their vehicles on fire.

At least 14 police officers were killed and three others injured.

El Aguaje is considered to be of strategic importance between two battling cartels: the Jalisco Nueva Generación Cartel (CJNG) and a splinter group of the Knights Templar called Los Viagras.

A message left at the site suggested the attack was carried out by gunmen connected to the CJNG.

The supposed leader of the CJNG was killed by Michoacán police less than a week ago.

In Michoacán in August, nine people were found hanging from a bridge with seven other corpses found on the road.

The federal government offered assistance to the state authorities after Monday’s attack.

Michoacán Governor Silvano Aureoles Conejo said there would be “no impunity” for the attack on his officers.

However, the Jalisco cartel has grown much more powerful in recent years and there have been no significant victories against them by either the state or federal government, the BBC’s Will Grant in Mexico City reports.

What’s the background to this?

Despite the government’s efforts to tackle drug crime, last year saw a record number of murders with over 29,000 recorded.

Worse still, this year could be set to surpass that figure.