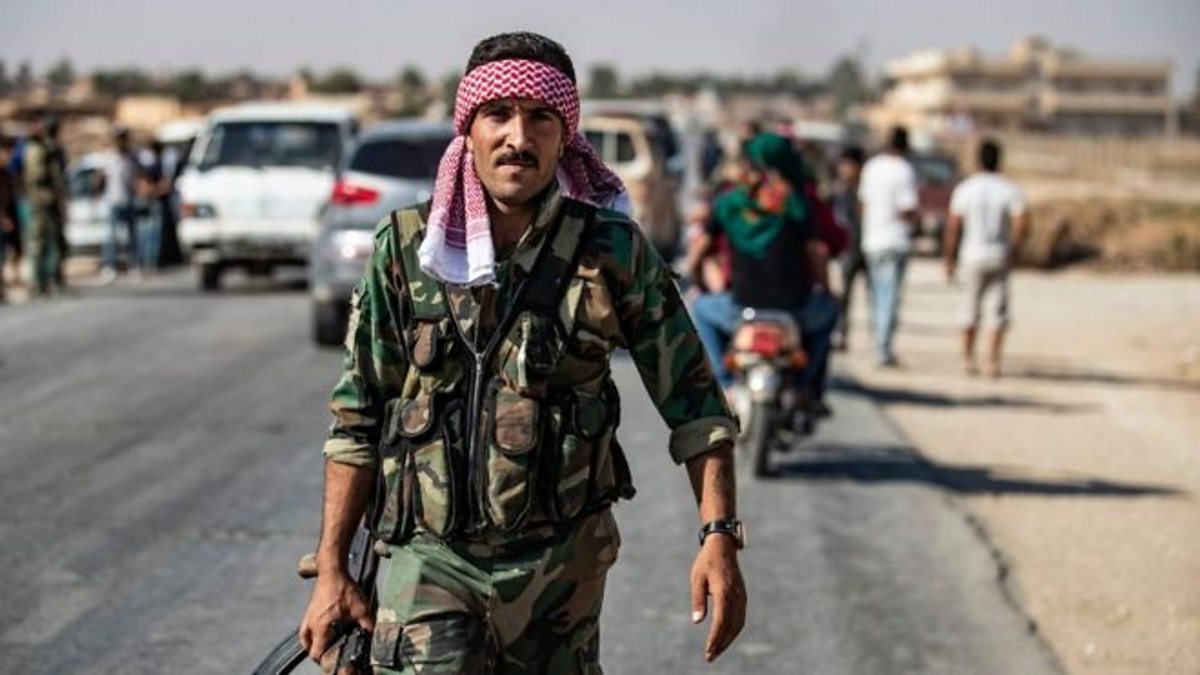 Interviews, news and analysis of the day’s global events.

President Erdogan of Turkey says he’ll continue the military offensive against Kurds in northern Syria despite growing criticism. President Trump has been slammed from inside and outside the US over his withdrawal of troops from northern Syria. We will hear the case for the defence, from a former senior US security official.

Also in the programme: Newshour’s Razia Iqbal, in Texas, hears how many Republicans there are unconvinced; and in Ecuador, will the president’s major climbdown end weeks of protest and violence? And the winner of 2019 Booker Prize.

(Photo: The Syrian regime is moving towards the Turkish border after Damascus reached a deal with Kurdish forces. Credit: AFP)