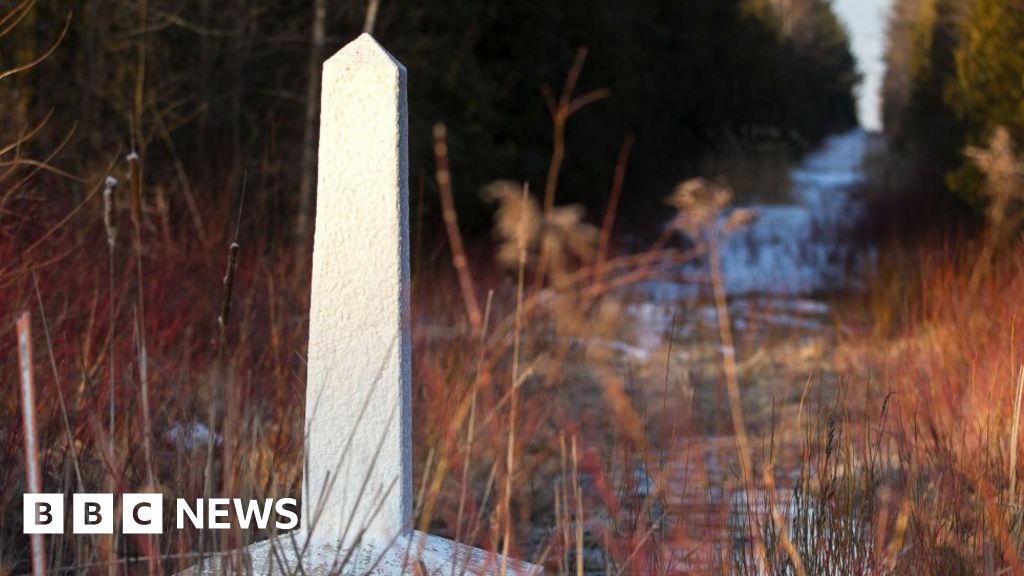 A British family detained in the US after crossing the border from Canada expect to be released and sent back to the UK by Wednesday.

David Connors, 30, and his wife Eilieen, 24, were arrested on 3 October after, they said, they accidentally drove across the border.

The couple and their young baby have been held in a Pennsylvania jail.

In emails to BBC News on Tuesday, the couple said the experience has left them “scarred emotionally”.

After their arrest, the family was moved across the country from Washington state to Pennsylvania, to be housed in a family migration detention centre.

“This has been a nightmare, especially for the baby,” the Connors wrote in an email to BBC Washington correspondent Chris Buckler on Tuesday.

“To be treated like this is just insane,” they wrote, adding that they had visited the US many times previously for holidays.

“We never asked to be here; we should have never been here,” they said.

“We are definitely going home in the morning,” they continued.

They added that they had no definite plans to return to the US after their release, but hoped to one day take their son to Disney World in Florida.

But Adriana C. Zambrano, Legal Assistant with the Catholic Legal Immigration Network Inc, said the couple had been told before they were going to be released, only for there to be a change of plan.

Where were they taken?

The family’s attorney, Bridget Cambria, of Aldea, the People’s Justice Center, said the couple had been driving south of Vancouver on 3 October when they took a detour to avoid an animal on the road.

The family said they did not realise they had strayed over the US border.

They were stopped by a police officer who did not read them their rights, nor allow them to “simply turn around” and go back to Canada, according to the complaint.

At first the young family said they were separated – with David Connors being held in a male-only cell, and Eileen Connors and their infant son in a women’s cell.

Later, the husband was taken to a detention centre in Tacoma, Washington, while his wife and their baby son were taken to a budget hotel near Seattle-Tacoma International Airport, according to the complaint.

The following morning they say they were driven to the airport, which raised their hopes that they were being flown back to Canada or the UK.

“But that was not the case,” Eileen Connors said in a sworn statement. Instead, they were flown to Pennsylvania – on the other side of the country.

They were taken on 5 October to Berks Family Residential Center (BFRC), one of three immigration detention centres in the US that can accommodate families.

US Immigration and Customs Enforcement (ICE) have confirmed the family was in detention at the BFRC facility in Leesport, Pennsylvania.

A spokesman for the agency told the BBC that BFRC “provides a safe and humane environment for families as they go through the immigration process”.

“Reports of abuse or inhumane conditions at BFRC are unequivocally false,” he added.

The couple’s sworn statement said the cells were “frigid”, and staff had refused to turn the heating on until the end of next month.

“When I ask how I am supposed to keep my baby warm in this horrible cold, all they tell me is to put a hat on him,” Mrs Connors said in the statement.

“My baby can’t wear a hat all the time, he feels uncomfortable with hats and mittens and starts to cry.”

Staff, she added, confiscated her son’s formula for three days, as well as his teething powder, and would only provide “disgusting” blankets that smelled “like a dead dog”.

They said the baby’s skin was now rough and blotchy and he appeared to have an eye infection.

“We have been treated like criminals here, stripped of our rights, and lied to,” Mrs Connors said. “It is not right.

“We have been treated unfairly from day one. It is undoubtedly the worst experience we have ever lived through.

“We have been traumatised and it has even damaged our relationship. No one should have to suffer this kind of treatment.”