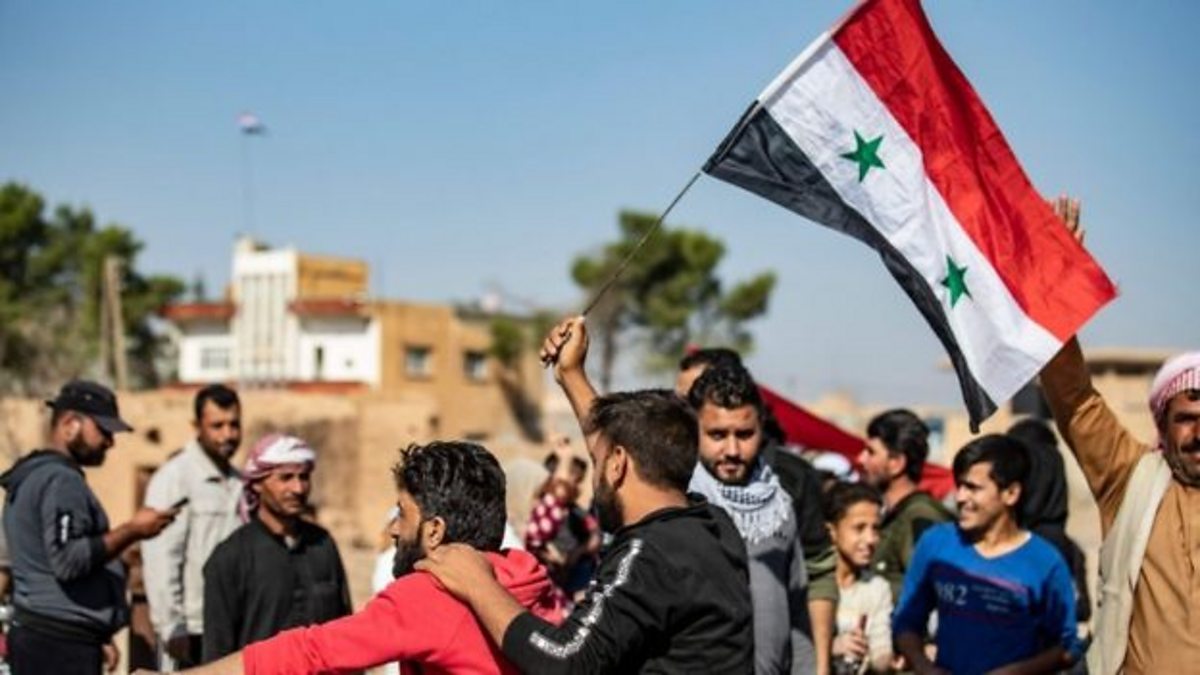 Kurdish forces have struck a deal with Damascus to fight off Turkish offensive.

The Assad government has reached a deal with Kurdish-led forces in control of north-east Syria to stave off a Turkish assault. Kurdish fighters controlling the region would surrender the border towns of Manbij and Kobane to Damascus in a deal brokered by Russia.

Also on the programme: Bulgaria’s football chief resigns after racist chants by some fans during the country’s match against England; and the latest on the impeachment inquiry into Donald Trump as members of Congress return from recess.

Picture: Residents of the town of Tal Tamer welcomed the arrival of the Syrian army. Credit: AFP.