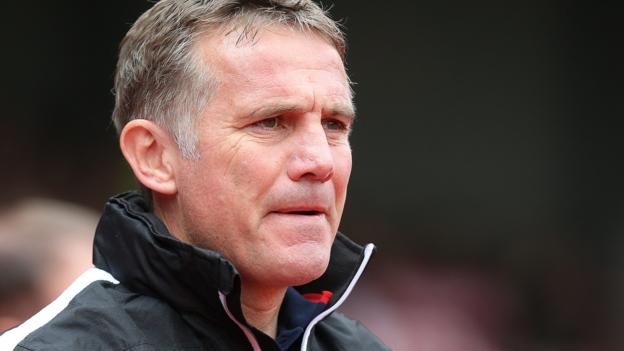 League One side Sunderland are set to appoint ex-Bolton boss Phil Parkinson as their new manager on Thursday.

The 51-year-old will replace Jack Ross, who was sacked by the Black Cats on 8 October after winning five of their first 11 league games of the campaign.

Parkinson spent three years in charge of Bolton, winning promotion to the Championship in his first season.

He resigned as manager in August, with Wanderers bottom of League One after being deducted 12 points.