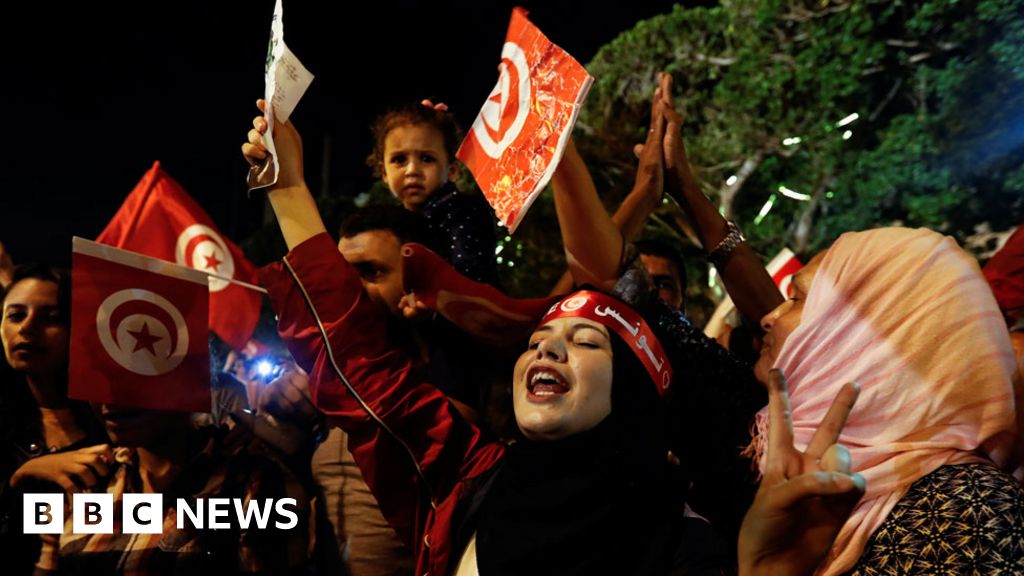 A former law professor seems an unlikely choice to win the hearts of Tunisia’s young voters.

But 61-year-old Kais Saied, nicknamed “the robot” for his stern manner, has officially been elected the North African country’s new president – with the vast majority of voters aged between 18 and 25 reportedly backing him.

It is not unusual for political novices to win over electorates – take the comedian Volodymyr Zelensky with his landslide victory in Ukraine earlier this year.

But for Mr Zelensky – and for Donald Trump in the US – it was their profiles on TV shows that helped boost their popularity.

By contrast, Mr Saied shunned the limelight – running a low-profile media campaign with almost no advertising, on a message of integrity and anti-corruption that appealed to young people.

He ran it like he once did his classroom – employing an open-door policy, encouraging people to come and talk to him directly.

Asma Selmi, a 23-year-old university student, took him at his word and turned up at his office in the capital, Tunis, earlier this month. 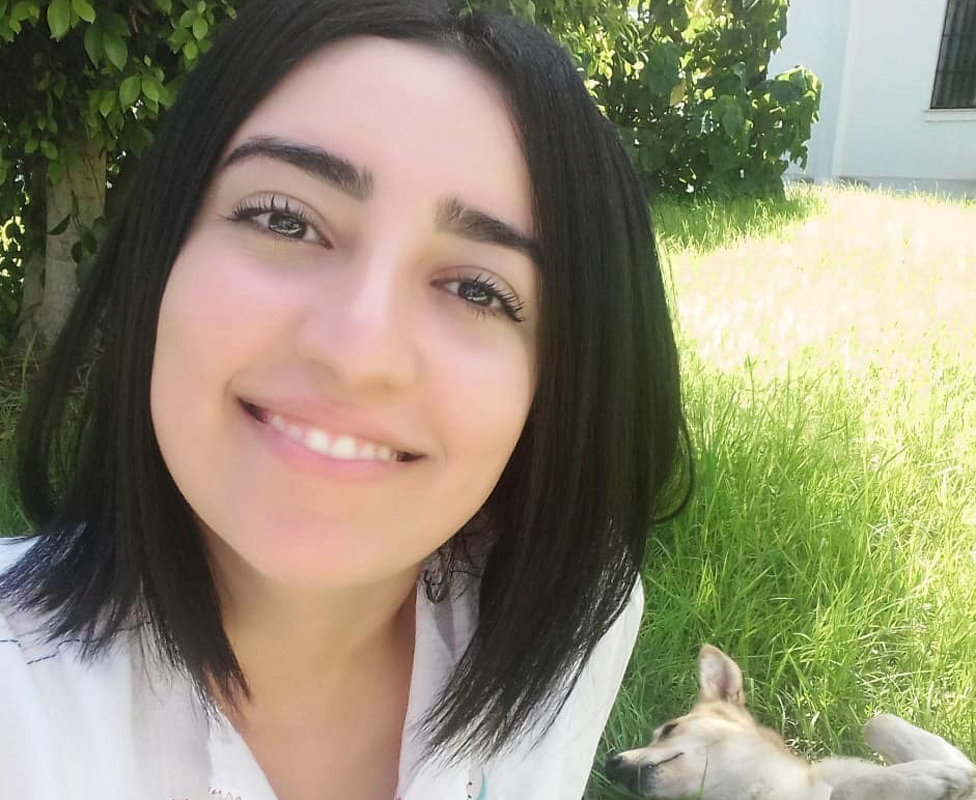 I liked his intelligence”

“I went with my friend, it was very crowded and there were bodyguards

“In the waiting room, there were a lot of business people, people in suits and I thought: ‘What the hell am I doing here, I’m just a student?'”

But when she entered Mr Saied’s office, she found other students there asking him what he would do if elected to help tackle the persistent issue of unemployment – which has not improved in the wake of the 2011 Arab Spring uprising which saw long-serving ruler Zine al-Abidine Ben Ali ousted from power.

Ms Selmi was impressed by his honesty: “I asked him what he would do for agriculture… and why I should tell my friends to vote for him.” 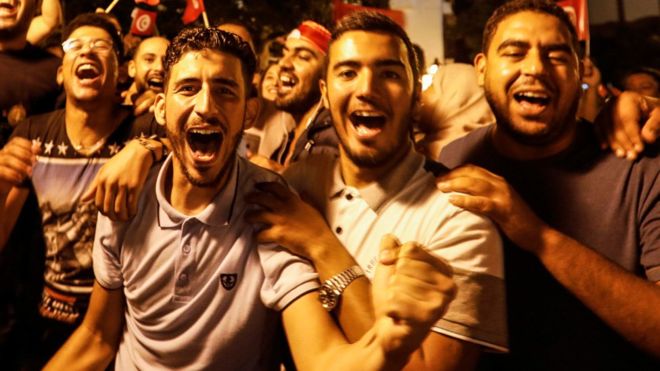 She is worried that despite Tunisia’s “good soil, no-one is using it”.

He told her about some of the obstacles posed by existing laws on land ownership and inheritance.

“I liked his intelligence, and he explained it really well,” said Ms Selmi.

“He’s not going to fix everything, but I guess he will propose useful things to the parliament that will fix our administration – it’s full of corruption.”

Her older sister Semeh Selmi, who was one of Mr Saied’s students at the University of Tunis, understands why he appeals to the young.

She says he was a “comprehensive, cool and helpful teacher,” unlike other law professors.

“He would always listen to students’ questions and problems at break, and even when it was time to leave, to advise them.”

The lecturer was also empathetic and thoughtful in his approach, she said.

“He usually taught us constitutional law in classical Arabic but when we had classmates who did not understand Arabic he translated into French for them.

“His classes were always full of students even from others universities, who came to listen to him. You could not find a place to sit if you were a bit late.”

Part of the former academic’s success in Sunday’s presidential run-off – he got 73% of the vote – might also come down to his opponent, Nabil Karoui.

The 56-year-old media mogul was only released from prison a few days before the poll, after being arrested in August on charges of money laundering and tax fraud – which he denies.

“At heart I wanted to vote for Nabil Karoui because he is innovative and he speaks the language of marketing, but I voted for Kais Saied because I think that right now, we need a just country,” said Iheb ben Amira.

The 22-year-old Tunis resident said it was “strategic vote”.

“I voted for him because of his strong belief in justice and I trust that he’s going to try to end corruption and create a strong justice system.

“If corruption ends, I can vote for a more innovative president.”

Architect of the constitution

Even his conservative social views do not seem to have put off his young supporters.

He opposes equal inheritance for men and women and is in favour of restoring the death penalty, suspended since 1994 in Tunisia. In an interview with a local newspaper, he accused foreign powers of encouraging homosexuality in the country.

Financial analyst Slim Bouaskar, who originally hails from the resort city of Sousse, did not vote for Mr Saied in the first round. 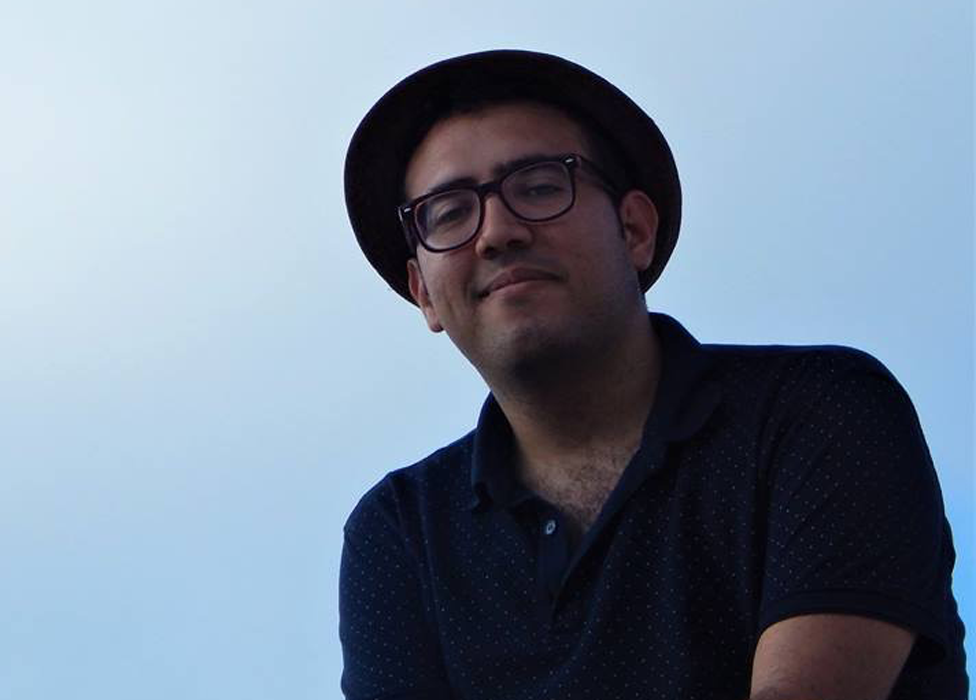 It’s not a new revolution, but a new beginning”

“I was afraid for things like freedom of expression and other freedoms we have, even though I know he’s an honest man.”

But the 23-year-old financial analyst did opt for Mr Saied on Sunday, swayed by his low-profile approach.

“I don’t think we’ll get more freedoms but I don’t believe he will touch what we have already achieved,” he said, adding that he was reassured by that fact that the new president was one of the experts who helped draw up the constitution adopted in 2014.

Many compared the scenes of jubilation after the preliminary results were announced with those witnessed after the fall of Ben Ali.

But Mr Bouaskar had a more measured take on celebrations: “It’s not a new revolution, but a new beginning. We’re evolving, there’s more critical thinking.”

The president’s critics say he has sold the young an unattainable utopia where the full implementation of the law will bring about change.

“It’s not about selling illusions,” he said, defending himself in a TV debate with his rival last week.

The former academic, who is married to a judge, said that he could use the law to give people want they wanted, promising electoral reforms, including changes to local elections for regional representatives.

According to his former student Semeh Selmi, the new president, who ran as an independent, is fond of cats.

And he will need to be as nimble as a cat to fix Tunisia’s many economic woes, and work hard to unite MPs behind him if he is to succeed in his ambitions for Tunisia’s youth.

“If you raise the expectations really high, and then you do not live up to them, the negative result is devastating,” Chayma Bouhlel, a former president of a local parliamentary watchdog, warned.