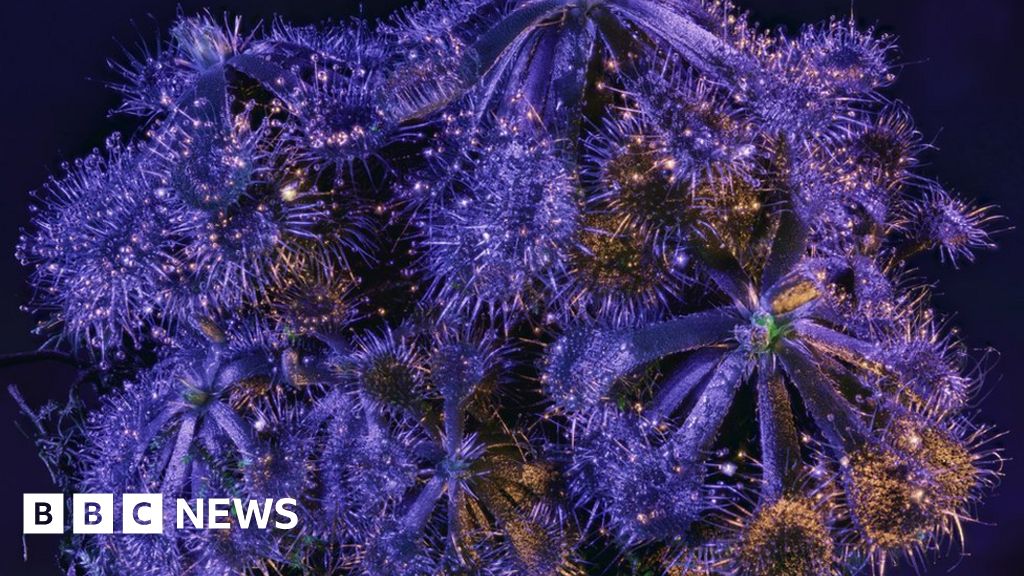 This series examines the ways in which plant and insect life has evolved over millions of years for survival, often by developing forms of camouflage.

This projects builds on Mosse’s previous documentary work using various imaging technology to document conflict and war in new ways. He used thermal cameras to explore issues around refugees in Europe, and has used military infrared film to examine the conflict in the Democratic Republic of Congo, an obsolete technology historically used to make camouflaged combatants visible.

Similarly, in this work the UV fluorescence technique renders camouflage within nature more visible, bringing out unseen detail and making the familiar unfamiliar.

For Mosse, this unearthly light, as he describes it, becomes profoundly beautiful, heightening the perception of an interdependency of life within a complex and fragile eco-system.

“Wandering through the forest at night with a UV torch, I was enchanted by an unseen glowing world of natural activity.”