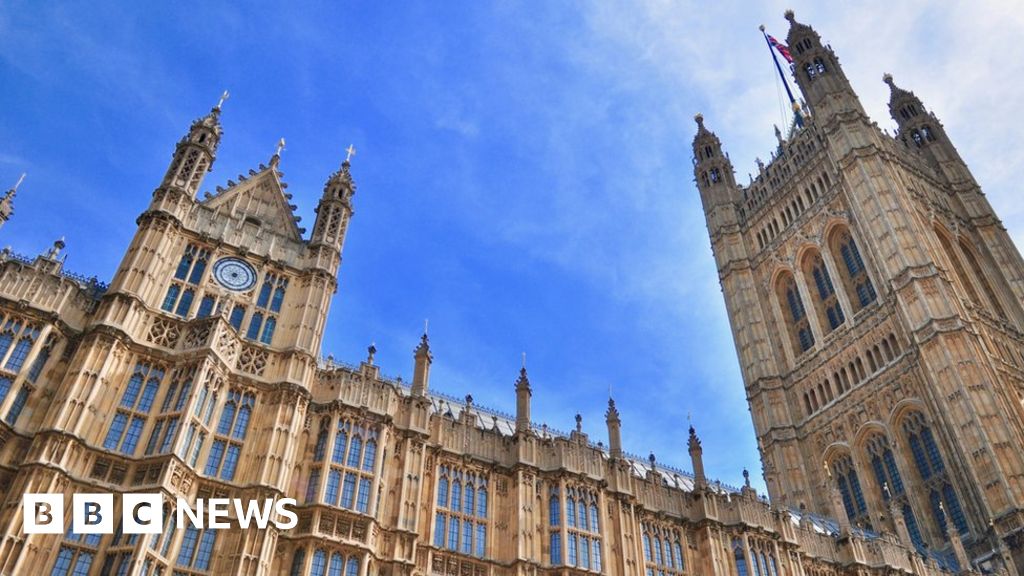 Most of Wales’ 40 MPs are expected to reject Boris Johnson’s Brexit deal when the Commons sits on Saturday.

The prime minister will make the case in Parliament for his new agreement, tabling a vote.

The vast majority, if not all, of Labour’s 28 MPs are expected to vote it down, alongside Plaid Cymru, Welsh Liberal Democrat Jane Dodds and independent Guto Bebb.

At least five of the six Welsh Conservatives are expected to back it.

Welsh Secretary Alun Cairns said the agreement was a “really good deal for Wales and the whole of the United Kingdom”.

“I think this deal answers the calls of the public, answers the needs of business, and answers the excitement about the opportunity of leaving,” he said.

“This is an even worse deal than Theresa May’s,” she said.

MPs will gather at 09:30 BST – it is not known when they will finish, although voting will begin sometime after 14:30.

It is expected that some MPs will table amendments triggering votes of their own – one of them will propose that the deal is not voted on until legislation that enshrines the agreement in UK law is passed.

The latter has cross-party support among the opposition, including from the Liberal Democrats and Plaid Cymru, and Labour’s Hilary Benn.

How Welsh MPs may vote – the Conservatives

Welsh Tory MPs have mostly been loyal throughout the Brexit process – with the bulk having backed Theresa May’s deal.

Two are in the government and would be expected to support the prime minister – Vale of Glamorgan MP Alun Cairns is Welsh Secretary and has urged all MPs to “get behind this deal so that we can focus on building on the UK government’s plans for an ambitious Wales as part of a strong United Kingdom”.

Carmarthen West and South Pembrokeshire MP Simon Hart is now a cabinet office minister. He voted Remain, but he has consistently called for a pragmatic approach to the UK’s departure.

Three other backbenchers are likely to back the deal – Montgomeryshire’s Glyn Davies, Preseli Pembrokeshire’s Stephen Crabb and Monmouth’s David Davies.

The latter said Boris Jonson’s agreement with the EU was a “great compromise” that “works for everyone”.

But it is not clear which way Clwyd West MP David Jones will go. The former Welsh secretary and Brexit minister was a fierce critic of Theresa May’s previous deal. A high profile campaigner for Brexit, he has not commented publicly on the deal.

It would be a major surprise if any Welsh Labour MPs back the deal on Saturday, with one exception.

Labour MPs in Wales have repeatedly refused to back Theresa May’s Brexit deal in previous votes, and leader Jeremy Corbyn has said his party will oppose the new one too.

So you would expect party frontbenchers like Neath’s Christina Rees, Torfaen’s Nick Thomas-Symonds, and Nia Griffith, who represents Llanelli, to oppose the deal.

Deputy Welsh Labour leader Carolyn Harris and party whips Jessica Morden, of Newport East, Nick Smith from Blaenau Gwent and Chris Elmore of Ogmore, are likely to do the same. As are shadow junior ministers Wayne David, of Caerphilly, Chris Ruane, of Vale of Clwyd, Kevin Brennan of Cardiff West and Gerald Jones, of Merthyr Tydfil and Rhymney.

Several Welsh Labour MPs have become vocal campaigners for a new referendum and are unlikely to back Boris Johnson’s deal.

The exception is Aberavon’s Stephen Kinnock, who does not want a further public vote and wants to see a deal passed. It is not known what he thinks about Mr Johnson’s plans.

Before the deal was announced, he suggested he would back the deal if it met Labour’s original six tests for whether it would support a deal. He did not answer a query from BBC Wales on Friday as to how he would vote.

Plaid Cymru’s four MPs are opposed to Brexit. They want a further referendum held on the UK’s status in the EU.

“We will never vote to make Wales poorer – it is as simple as that,” said Ms Saville-Roberts.

Plaid said the deal aims for a looser relationship with the EU which could see “billions wiped off the Welsh economy”.

The remaining two staunchly pro-Remain MPs are unlikely to join Boris Johnson in the aye lobby.

Jane Dodds is Wales’ only Liberal Democrat MP. The party’s Welsh leader was victorious in the Brecon and Radnorshire by-election in the summer and is no fan of Brexit.

“No-one should vote for this deal in the belief it either prevents no deal or ‘gets Brexit done’,” she said. “If this deal passes, we will have years of negotiating our future relationship with the EU and would be unable to prevent no deal at the end of the transition period,” she said.

That leaves Aberconwy’s Guto Bebb. He was a Conservative MP – but he was one of 21 MPs who had the Tory whip removed for backing an opposition bid to take control of the parliamentary timetable.

The independent told BBC Wales he would vote for the deal, but only if a new referendum is bolted on to it.