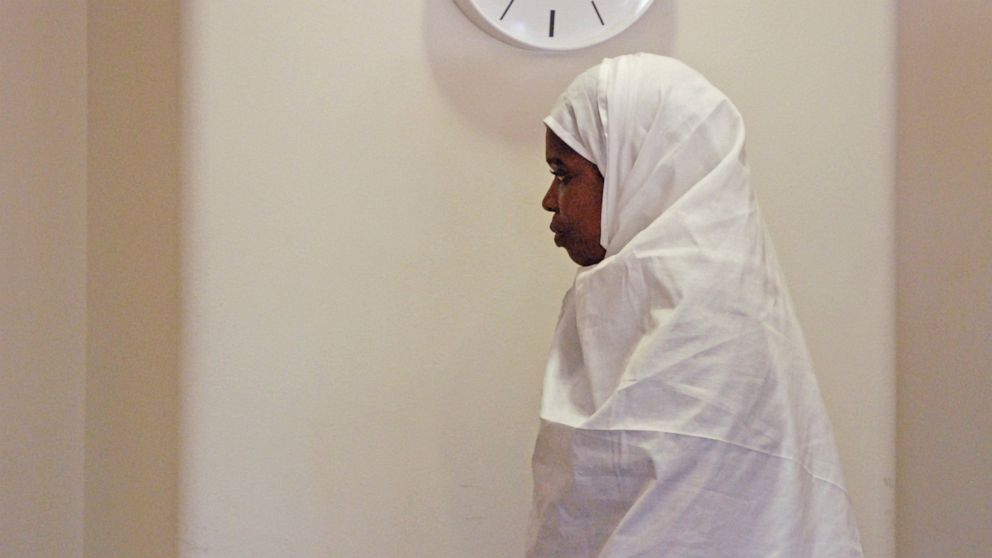 A federal judge has ordered a woman charged with firearms and terrorism-related counts to be hospitalized for mental health treatment more than a year after authorities arrested her and four other adult residents of a squalid New Mexico compound.

In his order, Chief U.S. District Court Judge William Johnson said Jany Leveille has not been able to understand the proceedings in the case against her because she is suffering from mental illness. The order Thursday allows for a maximum of four months of hospitalization for Leveille before the court determines whether she might eventually prove competent to stand trial. A trial for the five suspects has been scheduled for April.

Leveille has been described in court documents as a leader of the group of extended family members who had been living at the compound in remote northern New Mexico. Taos County sheriff’s officials raided it in August 2018, saying they found 11 hungry children, a firing range and firearms.

In a second search days later, they recovered the decomposing remains of a 3-year-old boy from an underground tunnel. He was the son of Siraj Ibn Wahhaj, one of the five suspects and Leveille’s partner, and had been reported missing by his mother in Georgia. Authorities said the child, Abdul-Ghani Wahhaj, had suffered from untreated disabilities as Leveille and Siraj Ibn Wahhaj performed daily prayer rituals over him — even as he cried and foamed at the mouth.

Authorities said Leveille believed medication suppressed the group’s Muslim beliefs. The child had died in the winter, according to authorities.

Leveille had declared herself a prophet and Siraj Ibn Wahhaj helped train children for potential attacks on schools, law enforcement agencies and other institutions, authorities said.

Kari Converse, who is Leveille’s attorney, called the decision to hospitalize her client “critical,” given due process requires defendants understand what is happening when they are in court. Converse did not provide further comment, and court documents did not list a diagnosis for Leveille.

U.S. Attorney John Anderson said in an emailed statement that the order reflects standard court procedures that would not stall prosecutors’ push to move the case toward trial.

“Competency issues are not unusual,” he said. “Whatever the ultimate outcome of this pretrial matter may prove to be, this case continues to be actively litigated, and the United States remains committed to moving expeditiously toward trial.”

Attorneys for the group in the past have disputed prosecutors’ allegations, saying much of it is based on the uncorroborated statements of children whom authorities interviewed without a parent or guardian present.

One attorney also said the scrutiny of the prayer ritual performed over the sick child had resulted in the group’s faith being used against them. Authorities compared it to an exorcism.

A Haitian national, Leveille is charged with possessing a firearm while living in the country illegally, while the other suspects have been accused of conspiring to provide her with firearms and ammunition.

All five are charged with conspiracy to commit an offense against the United States and providing material support to terrorists. Their attorneys say they would not be facing terrorism-related charges if they were not Muslim.

All in the group, except the deceased boy’s father, are charged in the child’s kidnapping. U.S. law generally does not allow authorities to charge parents with kidnapping their own children, except in international cases.

Authorities said Leveille kept a journal in which she described being able to interpret messages from God, and also documented the death of the 3-year-old, who had been denied medication for seizures.

A year ago, an FBI agent testified in Albuquerque that Leveille’s two teenage sons had described how she expected the boy to be resurrected as Jesus and provide instruction to get rid of institutions that involve teachers, law enforcement and banks.

The boys were among those living at the compound and who had been trained at a firing range on the property in military tactics, authorities said.

Von Chelet Leveille, Leveille’s brother in Port au Prince, said in a brief response to a message from The Associated Press on Friday that he has been unable to communicate with his sister or her attorney in recent weeks. He also said concerns about his sister’s mental health arose months ago.