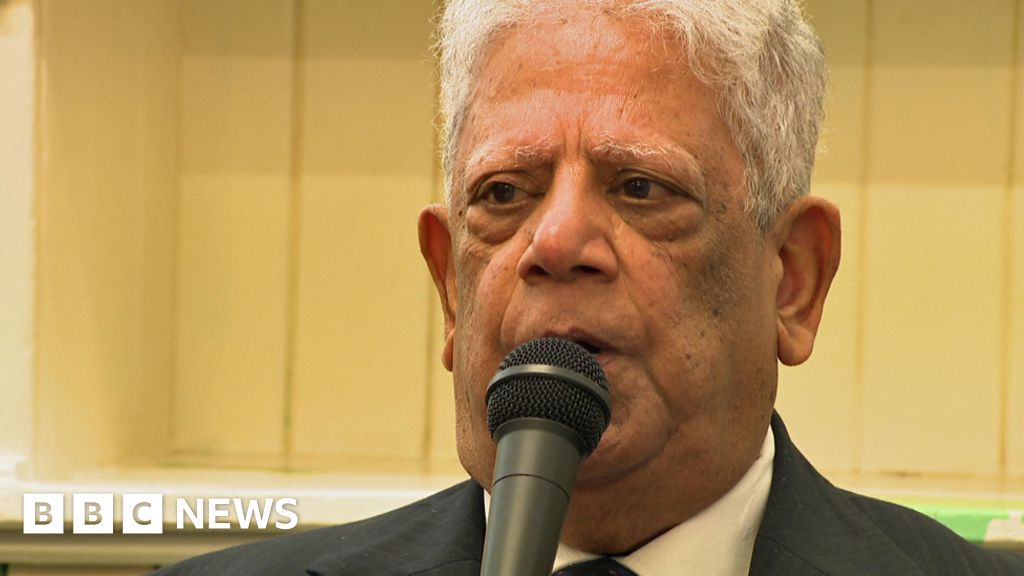 A lack of awareness around language, culture and faith can lead to a gap in mainstream dementia care for Scotland’s ethnic minority communities, a charity has warned. BBC Scotland’s David MacNicol has seen how the Reach Community Health Project is trying to tackle the issue.

Hanif Mohammad and his wife had long been regular participants at Reach’s dementia friendly group in Glasgow.

The group provides culturally relevant activities for Punjabi speakers in the area.

But when his wife, Mrs Shamim Azra Hanif, died four months ago, he stopped attending the group. The retired mechanical engineer was isolated and depressed.

That was when link worker Amy Gill stepped in. She visited 66-year-old Hanif at his home in the Pollokshields area, and was able to persuade him to start engaging with the project again.

Now he is back at the group, which meets every fortnight.

Hanif said: “These people are helping me to get on with my life. I am very grateful to them.

“I’m enjoying the games and the songs, and meeting other people is very, very nice.”

Amy describes her role as being a link between carers and support services, helping people find out what information is available.

‘Language is a barrier’

She acknowledges that there can be a number of challenges for people from black, Asian and minority ethnic backgrounds.

“Language is a barrier for people to access the right support and the information that they need,” she said.

“They can feel quite intimidated coming along to the group.

“It is about building up that trust with the carer and the person who has dementia to inform them that you’re in safe hands.”

Glasgow’s sizeable and close knit south Asian community makes up around 14% of the city’s population.

Mrs Kuljit Kaur brings her husband, Mr Kuljit Singh, to the group every two weeks to meet other people with shared cultural interests.

The couple, who have been married for 40 years, came to Glasgow from India, where Mr Singh had been a bank manager

However, he developed a speech problem after a brain clot five years ago.

Mr Singh remains philosophical about the future, saying: “Problems come in life and everything will be okay.”

His wife added: “We love the atmosphere here and our hearts are happy.”

“Their needs are different – it could be language, culture, ethnicity, faith,” he said.

“There is less participation from the communities into the services which exist.

“The responsibility is on healthcare commissioners to make sure that, when they are commissioning work, they are doing it for the community as a whole.”

He said monitoring should be introduced to ensure that there was equal participation in services among those in ethnic minorities.

“Staff should be available who can engage better and understand the needs of the communities,” he added.

“There is a strong need for provisions within the existing system so that their needs can be better met.”

The Scottish government said tackling barriers like language skills and cultural awareness would form part of the reforms being planned under its National Dementia Strategy.

“We are currently working with partners to progress a national programme to support adult social care reform,” said a spokesperson.

“As part of this, we are considering how to ensure that people who face additional barriers, such as language skills and cultural awareness, are able to effectively access support.”