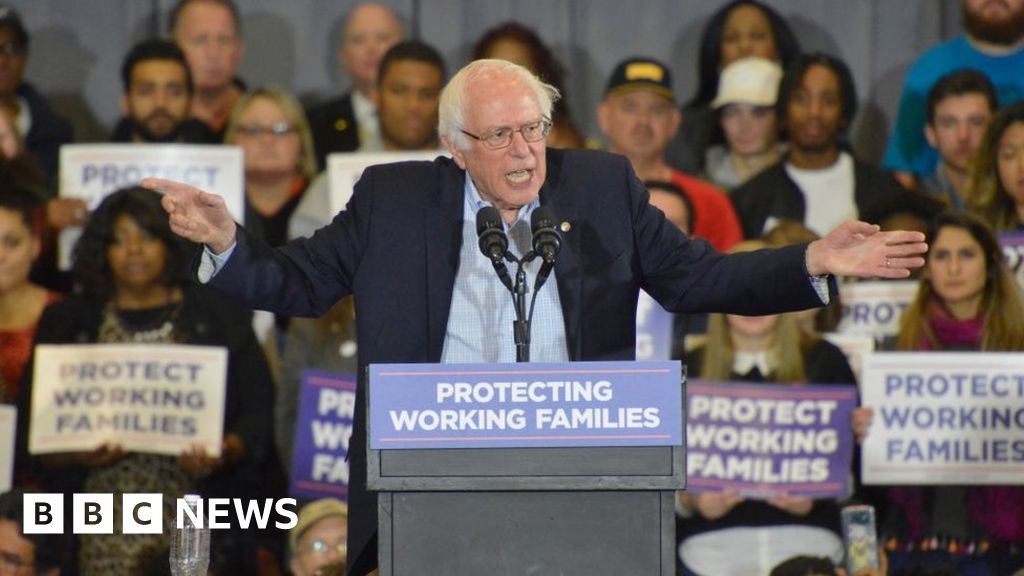 Higher taxes are a hot topic in American political circles.

Democratic presidential candidate Elizabeth Warren has called for a 2% tax on family fortunes above $50m.

Rival candidate Bernie Sanders, who tugged the Democratic Party to the left in his 2016 presidential run, is back with his own tax on “extreme wealth” and remains another top contender.

Billionaires such as George Soros, Warren Buffett, Eli Broad and Marc Benioff have also come out in support of higher taxes on the super rich.

Even US President Donald Trump speaks about the need to close tax loopholes for the wealthy.

Yet for years, standard political doctrine has held that anti-tax sentiment is as American as apple pie.

So what’s going on?

Americans have long told opinion polls they think the wealthy should pay more.

But the issue has gained political traction in recent years, galvanised by eye-catching research about rising income inequality, stalling upward mobility and findings that the richest 400 Americans now pay lower tax rates than any other income group.

Economists are engaged in a heated debate about just how big the gulf between rich and poor is.

But there is little doubt that the gap has widened sharply over four decades toward record levels, fuelled by a mix of forces, including rapid gains in company shares and a relatively stagnant minimum wage.

The US central bank estimates that the top 1% of US households hold about 39% of the country’s wealth, a term that includes assets such as property.

The top 1% also account for about 13% of income, after taxes and other federal transfers, according to a 2016 Congressional Budget Office analysis.

That’s a higher share than in the UK, where the top 1% is estimated to account for about 8% of income and around 24% of overall wealth.

Exposés of how some wealthy individuals have avoided paying their taxes in full, and scandals such as celebrities bribing college admissions officers for their children, have added to the anger.

Almost two-thirds of Americans told Pew Research Center this year that they were bothered “a lot” by the feeling that some corporations and the wealthy don’t pay their fair share of taxes.

Even a poll from Fox News – a television network known for its conservative bent – found that 70% of voters favoured tax increases on families making more than $10m a year.

The discontent is especially deep among Democrats, who were outraged when Republicans cut rates for the wealthy and corporations as part of a $1.5 trillion tax cut in 2017.

“There’s genuine frustration around the country and the political discussion is, I think, reflecting that,” says Arloc Sherman, senior fellow at the Center on Budget and Policy Priorities, a Washington think tank.

As fury over the economic divide grows louder, the American business class, traditionally a staunch defender of low-tax regimes, has started to shift its tone.

This summer, to great fanfare, a key business group declared that companies’ interests extended beyond shareholders to include employees and local communities.

Other Wall Street titans have argued that reform of capitalism is necessary to head-off more draconian changes.

But their worries don’t necessarily signal that higher taxes are likely anytime soon, according to Andrea Louise Campbell, a political science professor at MIT, who is working on a book about American attitudes toward taxation.

She says that although Americans have said they favour higher taxes on the wealthy for years, when it comes to the ballot box their support depends on what kind of tax is being proposed. Voters typically back high rates on annual income but not, for example, on inheritances.

Reducing inequality also routinely ranks low on the list of voter priorities – with fewer than 3% identifying it as the top problem in Gallup surveys.

“It is certainly the case that income inequality has increased and many Americans are aware of that and are unhappy with the trend, but translating that into a desire for redistributive taxing and spending policies is more difficult,” Ms Campbell says.

A few newspaper columns and famous names notwithstanding, surveys show the rich tend to be anti-tax – and the rich still have the most influence.

Despite the populist tone US President Donald Trump struck during his 2016 presidential campaign, once in office he championed a tax cut that disproportionately benefited the wealthy.

There is even a divide among Democrats, as many moderates stop short of supporting a wealth tax – which covers items such as property, yachts and art in addition to income – that is backed by Ms Warren and Mr Sanders.

They have argued that such plans are not only unrealistic but bad policy, since they can be difficult to enforce.

Wealth taxes have been phased out in much of Europe, and they would almost certainly face a legal challenge in the US over whether they meet the constitution’s criteria for what the federal government is allowed to tax.

Even if the public was convinced by Ms Warren’s proposal – which would place a 2% tax on household assets over $50m and 3% over $1bn – it’s unlikely to make it past Republicans and lobbyists in Washington, Ms Campbell adds.

“The role of public opinion in setting taxes is relatively modest,” says Ms Campbell. “Even if ordinary Americans on average would like increased taxes on high income, high wealth people, I don’t think they’re the ones with influence on policymakers.”