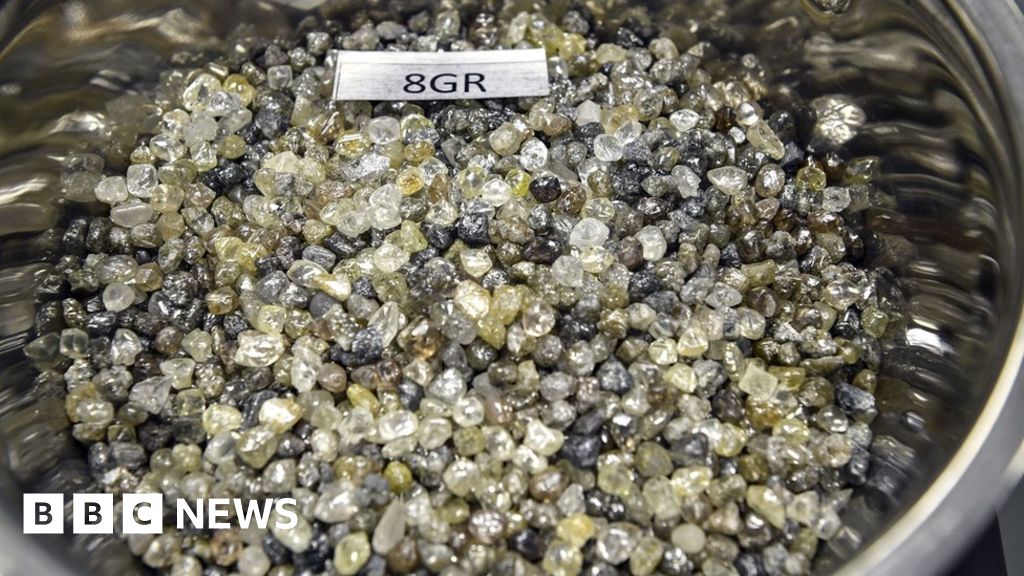 The US government banned imports of rough diamonds from Zimbabwe earlier this month over concerns that forced labour was being used in the African nation’s mines.

Zimbabwe has dismissed the allegations. Secretary for Information Nick Mangwana says the US has no evidence of this, and that Washington has been “misinformed or misled”.

The Marange mining region in the east of Zimbabwe is estimated to have one of the world’s richest diamond reserves and is a vital revenue earner for a country in a dire economic straits.

What is the US accusation?

The US cites employment practices in which individuals seeking work in the mines bribe security officials to allow them inside the secure area.

Once inside, according to Brenda Smith of the US Customs and Border Agency, workers are not permitted to leave, and those who resist are punished with physical/sexual violence or arrest.

The US government says it is “well documented”.

What is the evidence?

Access for journalists and rights groups to these areas is highly restricted, with special authorisation required to gain access.

A group that monitors employment practices at the Marange diamond mines has collected testimonies of forced labour practices.

The chairman of the Bocha Diamond Trust, Moses Mukwada, told the BBC there had been cases of villagers being rounded up and forced to work in the mines.

Other groups, however, are more cautious.

The Centre for Natural Resources Governance (CNRG), an organisation that campaigns for rights in mining areas, says it has documented physical violence against miners, but doesn’t have information that forced labour is prevalent.

“As an organisation, we are not totally dismissing the issue [of forced labour], but we have no information [from the US government] and we would like to know who is forcing who,” says Simiso Mlevu, a spokesperson for CNRG.

This isn’t the first time that allegations of human rights abuses have been directed at the Zimbabwe government’s operation in the Marange mines.

Rights groups have regularly called for the diamonds to be classified as “conflict diamonds” to restrict exports, and back in 2011 the BBC found evidence of the use of severe beatings and sexual assault in the area.

“The sad truth is that diamonds tainted by human rights abuses from Marange or elsewhere can still reach the global diamond market easily,” the CNRG says.

It estimates that about 40 deaths occur annually as a result of the ill-treatment of mineworkers.

Human Rights Watch published a report in 2018 saying that forced labour was an issue in the country’s tobacco farms.

However, Zimbabwe says it is making efforts to tackle forced labour and in 2019 ratified the UN’s Forced Labour Convention, a commitment to eradicate the practice.