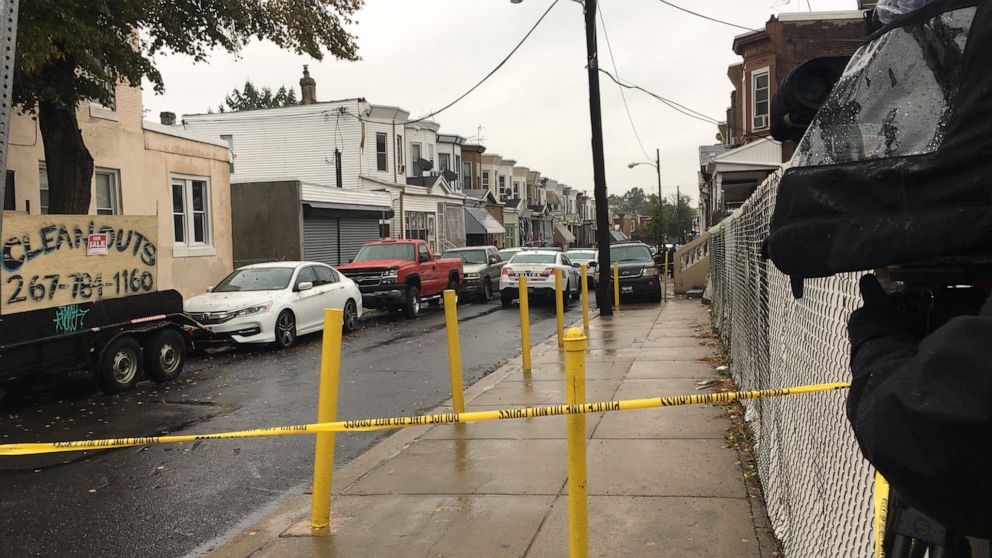 A 2-year-old girl is dead after being shot in the back of the head when someone opened fire on a house in North Philadelphia on Sunday. The shooting came less than 24 hours after an 11-month-old survived when shot four times in the city.

Add Philadelphia as an interest to stay up to date on the latest Philadelphia news, video, and analysis from ABC News.

The child was pronounced dead at the scene, according to police.

The shooting took place at about 3:30 p.m. Sunday. The mother of the child, 24, was also struck by gunfire in the head and back and is in stable condition. A 33-year-old man is in critical condition after being struck in the stomach, police said.

Authorities said the house seemed to be targeted in the shooting, with someone shooting from outside the home.

Police are looking for surveillance video from the area to help in the investigation. No one has been arrested and no description of a suspect has been released.

The 11-month-old was struck at about 8 p.m. Saturday while in the back of a vehicle being driven by the child’s stepmother, police said. The child was struck in the head, chest and back in the shooting and taken to Einstein Medical Center in critical condition.

No arrests have been made in that shooting either.

Phildelphia’s Fraternal Order of Police is offering $5,000 for information leading to an arrest.

Philadelphia Mayor Jim Kenney said he was “disgusted” by the violence Sunday afternoon.

“Outraged, disgusted, and heartbroken by the violence this weekend that claimed the life of an innocent 2-year-old and left another infant fighting for his life,” he said in a series of tweets. “My prayers are with their families and communities during this tragic time.”

“Philadelphians should not live in fear of violence that could take away a child’s life,” he continued. “But for too many, this is a sad reality. With the unabated flow of illegal guns and drugs, we must do whatever we can locally to address violence and help residents.”

He added, “We’ll have teams in the neighborhoods impacted by this weekend’s violence to provide support and trauma-informed care. The @PhillyPolice department is conducting a full investigation and will have whatever resources they need to bring these perpetrators to justice.”