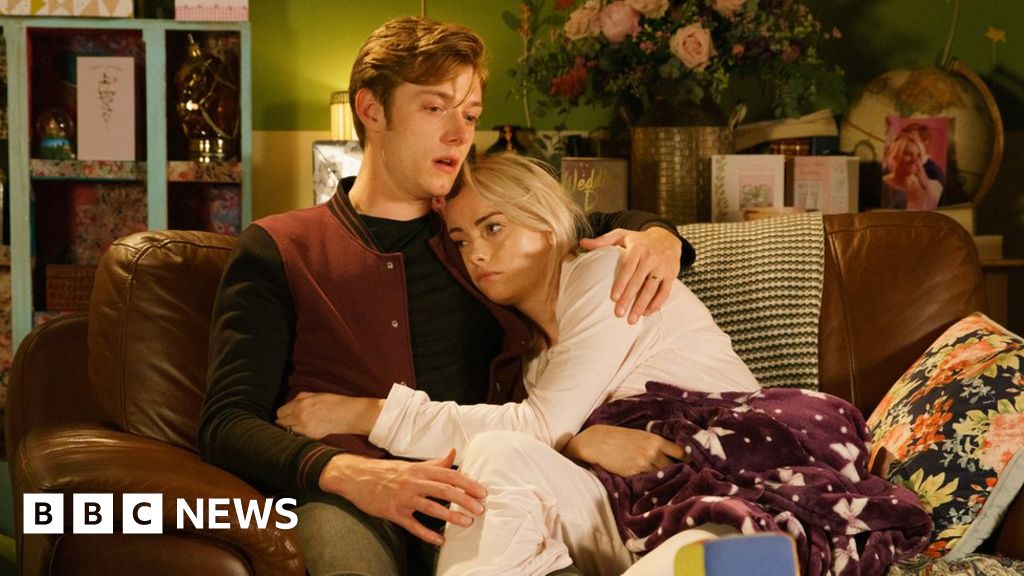 It’s going to be a tough few days for Coronation Street fans as they get ready to say goodbye to Sinead Osbourne.

The character, who was told she had terminal cancer, will die at the age of 25 on screen this week.

“I’ll miss her quirkiness, her kindness, her strength… and her weird clothes,” Katie McGlynn, who has played the young mum for almost seven years, tells BBC Radio 1 Newsbeat.

“We had weeks and weeks of filming such heart-wrenching stuff. We were emotionally drained.

The tragic storyline comes at a time when cervical screening rates – a test that checks the health of your cervix to help prevent cancer – are at their lowest for two decades.

The first signs of what lay ahead for Katie’s character came last year, when Sinead found out she had cervical cancer while she was pregnant. She gave birth to baby Bertie, but was later told her cancer had returned and she didn’t have long to live.

As heartbreaking as it is for fans, it seems Sinead’s story could end up having an impact that stretches beyond the famous cobbles.

“I had a message off a nurse the other day,” says Katie. “She told me cervical screenings have gone up in the past weeks, which is amazing.

“She thinks it’s down to this storyline. So that in itself is showing the impact it’s having.”

While Katie admits her departure from the soap could be seen as a “depressing watch”, she believes it makes a bigger point about how young people’s lives can be affected by cancer.

“Soaps should be showing real life so that more women go for their smear tests,” she says.

It’s hard to prove whether Sinead’s storyline will be directly responsible for any potential uptake in women having their cervical screening – more commonly known as a smear test.

But charities have welcomed the storyline raising two health issues: cervical cancer and having cancer during a pregnancy.

The latter is something Katie says is hard to get your head around because they are “opposite ends of the spectrum”.

“You’re so happy creating a life – but you could be dying. It’s just two things you wouldn’t necessarily put together.”

The Coronation Street writers worked with two charities – Mummy’s Star and Jo’s Cervical Cancer Trust – to make sure the portrayal of Sinead (and on-screen husband Rob) was authentic.

They got advice from Pete Wallroth, who founded Mummy’s Star following the death of his wife Mair, who was almost five months pregnant when she discovered a lump on her breast.

He says the scenes where Sinead received the news that her cancer had spread threw him “back seven years to having the same conversation with one of my wife’s doctors in 2012”.

As well as Katie’s portrayal of Sinead, Pete also has praise for Rob Mallard, who plays her on-screen partner Daniel Osbourne.

“Rob’s portrayal has been huge. He’s been keen to know what it’s like to become a single dad overnight and what that’s like in terms of getting used to a new life.

“It will hopefully make people think more widely about the impact cancer can have, especially if you have a young family.

“It’s how you manage to juggle ongoing treatment and surgery with being a new parent and trying to enjoy family life. It creates such an unseen impact on families, physically and emotionally.”

Emily Doyle, 26, found herself in a similar situation to Katie’s character when she was diagnosed with cervical cancer in 2017 – after her very first smear test.

Even though she wasn’t pregnant when she found out, she was still a young mum to two kids.

“I had to really put a front on for my kids. You have to get on with day-to-day life and take each day as it comes.”

She was treated with a hysterectomy in 2018 and her check-ups have been clear since.

She thinks Sinead’s story is an “important storyline” to have right now and that it’s good “for a soap to highlight how important going for a smear is”.

She adds: “It’s an eye opener, especially if you have young kids.”

She says that the “life isn’t a fairy tale” line is something that should strike a chord with lots of people.

“I never had any cervical cancer symptoms before I was diagnosed. You never think it’s going to happen to you.”

“The story has prompted lots of conversations about cervical cancer,” she says.

“We hope it leads to more women being aware of the symptoms and understanding the role of cervical screening in preventing the disease.”

Visit the NHS website for more information on cervical cancer and smear tests.