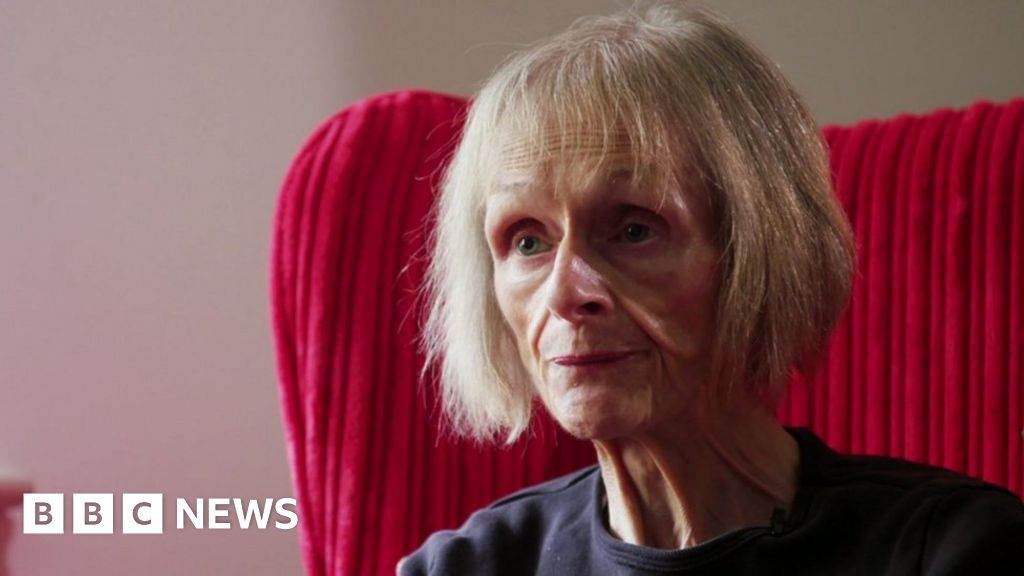 Over-65s with eating disorders are being prevented from accessing some specialist clinics despite NHS England saying they are open to all ages, the BBC’s Victoria Derbyshire programme has found. For some, such support is seen as essential in keeping them alive.

“I have a little grandson and it was his birthday last week,” Gillian Hayes, 64, tells the programme. “He wanted to give everybody a piece of cake – and I just couldn’t take one.”

Gillian has been living with anorexia since the 1960s, when her ballet teacher at drama school told her and other pupils they were “all too fat” to make it.

“It’s still ringing in my ears now,” she says.

She now lives mostly on a diet of drink supplements and says her four children are keeping her alive.

Gillian believes anorexia is still seen as a “teenage disease”. Yet her experience of the condition has become worse in later years, she says, having been sectioned three times since she was 40.

If her weight drops any lower, she will be taken back to hospital. But she says that is not the answer.

Of the 49 adult eating disorder clinics in England and Wales investigated by the Victoria Derbyshire programme, three have a cut-off age of 65, with older patients being referred to general geriatric mental health units – which some experts say are not able to provide the same level of tailored care.

This is despite NHS England telling the programme there is no upper-age limit to eating disorder services.

Two further clinics have now changed their website – after being contacted by BBC News – to remove reference to an age limit of 65, while two said they had a cut-off of 80.

And some NHS trusts don’t provide any form of specialist eating disorder services for adults over 18.

NHS England said in a statement: “The NHS Long Term Plan means almost £1bn extra each year by 2023-24 to expand and improve community mental health care so older people, including those living with eating disorders, can get early access to care, as close to home as possible.”

MPs from the cross-party Public Administration and Constitutional Affairs Committee said earlier this year lives were being lost and destroyed by the failure of the NHS in England to provide care for people with eating disorders.

Research by charity Beat showed some specialist services had waiting times of more than five months.

It estimates that as many as 1.25 million people in the UK have an eating disorder, although the issue among older patients is so hidden that there is currently limited data available on that particular age group.

Sylvia, 62, was diagnosed with anorexia five years ago.

She first experienced the condition in her 30s, when she was pregnant and watched her “body getting bigger”.

But it really took hold when her grown-up son left home – and she became so unwell she had to leave her job as a social worker.

At times, she thought about killing herself, she says, describing her inner torment as “hell”.

Sylvia was admitted to a specialist anorexia clinic, where she was fed through a nasal tube.

But she was discharged after two months and says the clinic kept patients for longer only if they were aged under 50.

The Royal College of Psychiatrists is now calling for care to be standardised for over-65s across the country.

It told BBC News older people with eating disorders “face serious problems around under-diagnosis and symptoms being overlooked”, due to a mixture of lack of awareness, unconscious bias, stigma and generational attitudes to mental health.

Eating disorders among the elderly are often harder to spot, it added, with symptoms often being thought of as part of a physical health problem only “with no consideration of mental health”.

Agnes Ayton, who chairs the body’s eating-disorders faculty, said the answer was to ensure the “improved training of doctors and healthcare professionals”.

Both specialist eating-disorder clinics and services for older people were under-resourced, she said.

And there was “a lack of skill within older adult services, who tend to focus on other mental disorders such as depression, dementia or schizophrenia rather than eating disorders.”

For Gillian and Sylvia, the lack of standardised care means they are left to worry about the treatment they will be able to access in future.

“What happens to me if I decline?” Gillian asks.

Sylvia has been asking herself with the same question – and fears the answer.

“If I got really unwell again, I think I would probably die. That’s the long and short of it,” she says.

For information and support on eating disorders, visit the BBC’s Action Line.