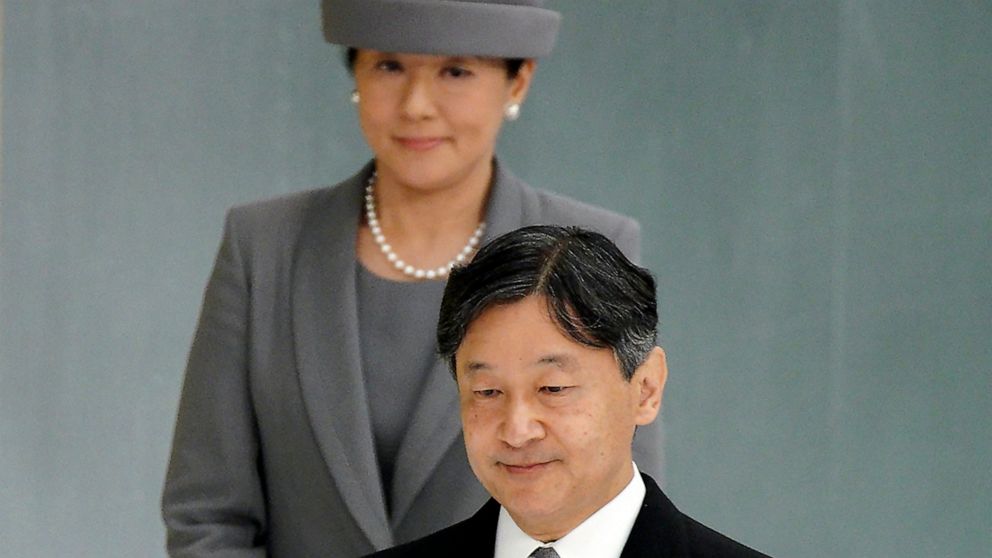 Emperor Naruhito visited three Shinto shrines at the Imperial Palace on Tuesday before proclaiming himself Japan‘s emperor in an enthronement ceremony.

The 59-year-old emperor put on a white robe and prayed at “Kashikodokoro” and two other shrines. The visits Tuesday morning are to report to gods ahead of the ceremony, to be attended by 2,000 guests from in and outside Japan.

The enthronement ceremony is the high point of succession rituals that began in May when Naruhito succeeded to the Chrysanthemum Throne after the abdication of Akihito, his father. Naruhito is the 126th emperor in the world’s oldest hereditary monarchy that historians say goes back 1,500 years.

Enshrined at “Kashikodokoro” is the goddess Amaterasu, the mythological ancestress of Japan’s emperors.

Naruhito, accompanied by palace staff in black robes holding up the imperial treasures of sword and jewel in a box and neatly wrapped in fabric, walked slowly to the first shrine, bowed deeply and went inside to pray. He was to make similar visits at two other shrines.

The proclamation is largely meant to allow the government to showcase the monarchy to win public support and to preserve Japan’s cultural heritage, historians say.

The enthronement ceremony was originally modeled after one by the ancient Tang dynasty of China and the second of a three-part process following the May succession. Next month sees the highly religious and divisive ritual of the Grand Harvest. Some experts have raised questions over the government’s funding of 16 billion yen ($150 million) for ceremonies that contain religious rites.

Criticism was largely eclipsed by the festive mood, in part because Naruhito’s succession was by abdication not by death, palace watchers said.

Despite the time, effort and cost put into preparations, the ceremony is to last only 30 minutes.

At the main ceremony, Naruhito will wear a formal brownish-orange robe that has been dyed in sappanwood and Japanese wax tree bark and a black headdress decorated with an upright tail — as his father did 30 years ago — in a ceremony at Matsu-no-ma, the Imperial Palace’s most prestigious hall.

Later Tuesday, Naruhito and his wife Masako, a Harvard-educated former diplomat, will host a court banquet, to be attended by about 400 foreign dignitaries and representatives from Japan’s administrative, legislative and judicial branches and their spouses.

A parade originally planned for Tuesday afternoon has been postponed until Nov. 10 due to a deadly typhoon that caused flooding and other damage in central and northern Japan.