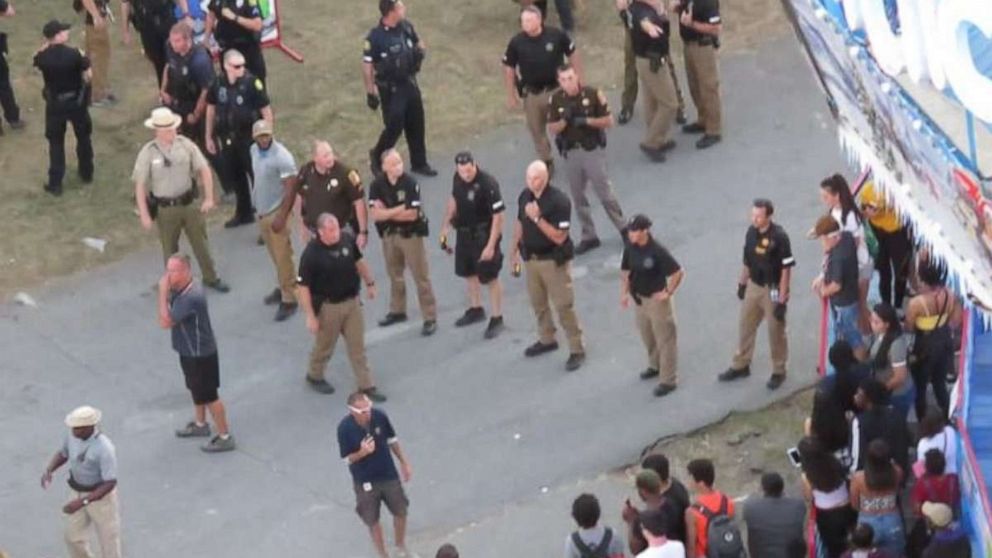 Two teenage brothers from Maryland could be charged as adults after fatally punching a man in what investigators are calling a random and unprovoked attack, prosecutors said.

The suspects, ages 15 and 16, were charged in juvenile court for allegedly attacking a 59-year-old man at the Great Frederick Fair in Frederick, Maryland, last month, but prosecutors on Monday requested that their cases be moved to adult court, according to the Frederick County State’s Attorney’s Office.

The victim, John Weed, was found lying unconscious on the ground on Sept. 20 and was airlifted to a local trauma center, where he died the following day.

Witnesses on the scene said the man appeared to be minding his own business when he was approached by the teens, who allegedly beat him and spat on him after he refused to give the younger brother a dollar.

“At that point, the victim said ‘no,’ and a verbal altercation occurred. The victim walked away, but the defendants are accused of punching him in the head while following him,” the state’s attorney’s office said in a statement Monday. “Several minutes later, the 15-year-old juvenile male punched Mr. Weed in the head causing him to fall to the ground. As the victim laid on the ground, the 16-year-old brother spat on the victim.”

Weed’s family said he was at the fair with his sister and her two children, who moved to Frederick County last year to help care for the siblings’ aging parents.

“Our lives have been changed forever due to the unprovoked vicious attack these individuals inflicted on my brother,” Weed’s sister, Lori Hawkins, told Baltimore ABC affiliate WMAR last month. “My brother was the happiest I’ve ever seen him, until Sept. 20. We just wanted to spend time together as a family at the fair, but due to this horrible act of unprovoked violence my brother is now dead. There is no excuse for what these individuals have done.”

The 15-year-old suspect was originally charged with first-degree assault, second-degree assault and reckless endangerment, but those charges have since been upgraded.

On Monday morning, a judge ordered that both teens remain in custody until their next court appearance. The judge canceled an Oct. 22 court appearance and instead scheduled a hearing for Nov. 19 to determine whether or not to approve the state’s petition to charge them as adults.

A GoFundMe campaign set up by Weed’s family to help with legal cost, medical bills and funeral costs had raised about $22,000 as of Monday, exceeding its $20,000 goal.

“The incredible love and support that is being shown by the people of Mount Airy and all of the surrounding areas is incredible,” the campaign said in a statement earlier this month. “It has reinforced the decision we made to move here a year ago. Even in the midst of this tragedy we feel blessed to live amongst you.”