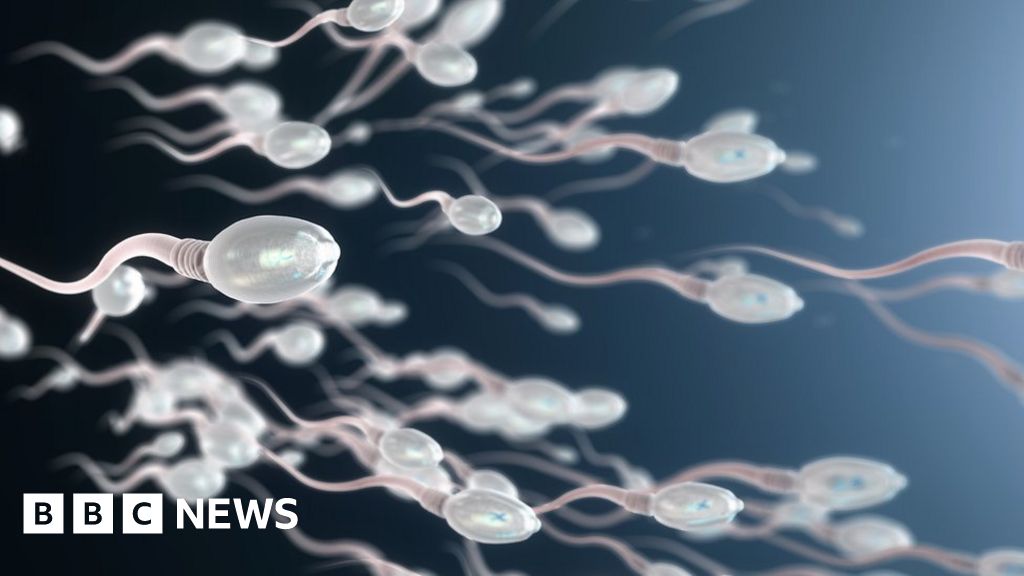 Scientists have been working on the male contraceptive pill for almost half a century.

Yet despite encouraging news reports, an over-the-counter version is not just around the corner.

Lack of funding and presumed disinterest from men means that one has never been mass produced. Instead, women are still generally expected to take responsibility for not getting pregnant.

However, research suggests many men would embrace the pill if it was available.

A third of sexually active British men say they would consider using hormonal contraception, such as the pill or the implant. This is the same percentage of British women who currently use such medication.

Eight out of 10 people in the survey said contraception should be a shared responsibility.

Meanwhile, 77% of sexually active American men aged 18-44 surveyed are “very or somewhat” interested in trying out a male contraceptive other than condoms or vasectomy.

So, could public acceptance, alongside a relaxation of gender roles, lead to the male pill becoming a reality?

Which contraception is the most common worldwide?

Just over a third of reproductive-age couples worldwide do not use any contraception at all, according a UN study.

But when it is used, female contraceptives are by far the most common choice.

About 19% of women who are married or in relationships rely on sterilisation, 14% on the coil, 9% on the pill, and 5% on injections.

Contraceptives that directly involve men are much less common; 8% rely on condoms and only 2% on vasectomy.

This has not always been the case.

Before the pill, men had to participate in contraception, for example by using a condom.

When the female pill was mass produced in the early 1960s, for the first time women could control their fertility without their sexual partner’s involvement or knowledge.

Today, more than 100 million women are currently on the pill, and it is the most common form of contraception in Europe, Australia and New Zealand. It is the second most popular in Africa, Latin America, and North America and the third most popular in Asia.

Through the decades the pill has liberated many women, allowing them to postpone or prevent motherhood in favour of other opportunities, such as higher education and employment.

This is one reason why it is often viewed as a key milestone for women’s rights, and one of the greatest inventions of the 20th Century.

But as society moves toward greater gender equality, it is striking that women remain the ones who have to experience the emotional, social, financial, and time-related burdens of contraception, not to mention the side effects.

So why don’t we have a male pill yet?

It only took a decade for the female pill to be made widely available after it was invented.

So why is it taking so long to market the male pill, which was first trialled in the 1970s?

The male pill works by halting sperm production, but the level of hormones needed to do this can cause side effects.

There are social and economic factors at play as well.

The field of reproductive science and medicine has mainly focused on women’s bodies, neglecting men’s. For instance, pretty much everyone knows what a gynaecologist does, yet relatively few will have heard of an andrologist, a doctor who specialises in the male reproductive system.

Research on the male pill not only started decades after the female pill, it has also been held back by lack of funding.

This is partly because pharmaceutical companies, regulators, and men themselves appear less accepting of potential side effects.

Additionally, common side effects of the female pill such as weight gain, mood swings, and lowered sex drive are often seen as emasculating.

Research on the “clean sheets” pill, a male contraceptive that enables a semen-free orgasm, has stalled for similar reasons, because ejaculation is seen as an important component of male sexuality.

Whether women will trust men with contraception is frequently mentioned as a deterrent.

But research even from several decades ago suggests women in long-term relationships are likely to trust their male partners, but are reluctant to trust men with contraception when it comes to casual sex.

Yet gender roles are changing, and men today are more likely to share in household and childcare responsibilities.

This rebalancing may extend to contraception, with studies suggesting younger men are more likely to see it as a shared responsibility.

Certain groups of men, particularly those who are more educated, affluent, and place less importance on traditional gender roles, are more likely to be supportive of, and even eager for, male contraception.

While welcome, the mass availability of a male pill will not ensure its usage, an issue we have also seen with sterilisation rates. While male vasectomy was invented almost 200 years ago, female sterilisation is 10 times more common worldwide despite being less effective, more expensive, and more prone to complications.

We have been waiting 50 years for a male pill, let’s not wait another 50.

This analysis piece was written by an expert working for an outside organisation.

It was commissioned for the BBC 100 Women season 2019. Lisa Campo-Engelstein, one of this year’s 100 Women, is a bioethicist specialising in reproductive ethics. She is an associate professor at the Alden March Bioethics Institute and Department of Obstetrics & Gynaecology at Albany Medical College in New York.

BBC 100 Women names 100 influential and inspirational women around the world every year and shares their stories.

From the architect planning to rebuild Syria, to a designer of the Mars helicopter, many on the list are at the cutting edge of their fields, and throughout the season will give us their prediction of what life looks like in 2030.

Others, such as the “ghost” politician defying the mafia, and the footballers battling misogyny, are blazing a path for their fellow women in tough conditions.