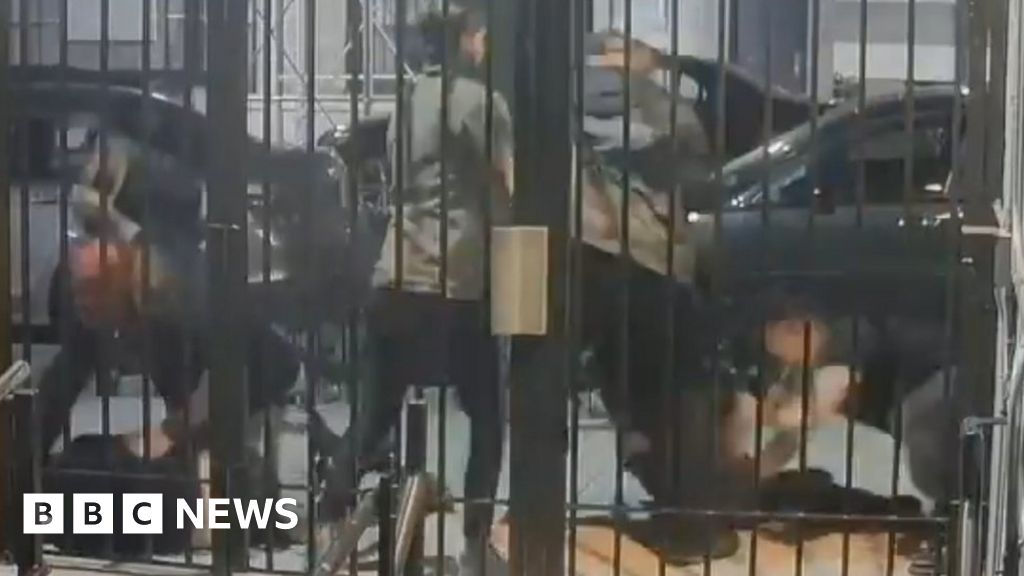 Two members of the US far-right group the Proud Boys have been jailed for four years for beating up anti-fascist activists in a fight last year.

Prosecutors say they were most violent among a group of 10 men involved in the brawl, which took place a year ago outside a Republican venue in New York.

Other members of the group have received lighter sentences.

It has been designated as a hate group by the Southern Poverty Law Center, which monitors extremism in the US.

The Proud Boys describe themselves as “proud Western chauvinists” and advocate political violence. The group has chapters across North America and beyond – including in the UK and Australia.

Hare and Kinsman were jailed in a case that centres of a fight that erupted after a speech by Proud Boys founder Gavin McInnes at Manhattan’s Metropolitan Republican Club in October 2018.

CCTV footage showed the Proud Boys members beating up a group of four anti-fascist activists – known as “antifa” – who had come to protest against Mr McInnes’ appearance.

Police said initially that the violence had started after a protester threw a bottle – which can be seen in the CCTV footage – but a second angle appeared to show that the Proud Boys members were already charging at the protesters when the bottle was thrown.