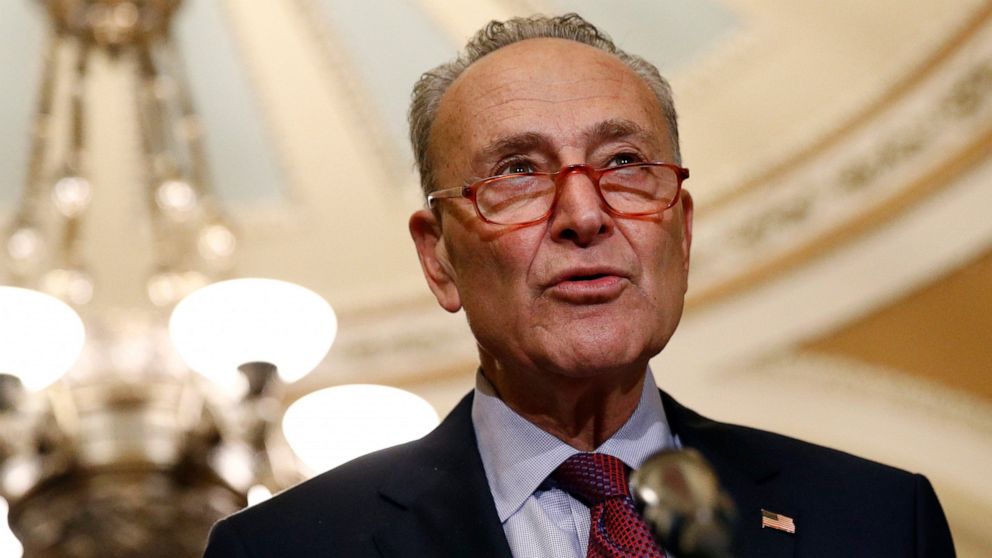 Senate Minority Leader Chuck Schumer is moving Democrats’ climate talk to where the rubber meets the road, proposing a $462 billion trade-in program to get millions of Americans out of climate-damaging gas vehicles and into electric or hybrid cars over the next decade.

Schumer’s rebate proposal late Thursday joins a mix of trillion- and multitrillion-dollar programs that Democratic presidential candidates have outlined to urgently cut oil, gas and coal emissions, as climate change weighs as an issue in the 2020 campaigns.

Schumer said the “proposal to bring clean cars to all of America” would be a key part of climate legislation by Senate Democrats. The injection of government-supported spending for electric cars “could position the U.S. to lead the world in clean auto manufacturing,” he said.

The New York Democrat’s plan would give American car buyers thousands of dollars each to trade in gas-burning cars for U.S.-assembled electric, hybrid or hydrogen cell cars. Lower-income households, and buyers of cars with American-made parts, would get extra credits.

About $45 billion would go to boost availability of charging stations and other electric car infrastructure. And $17 billion would help automakers increase their production of electric cars, batteries and parts.

He didn’t outline how he would pay for the plan.

It’s the opposite direction of President Donald Trump, who has sought to boost U.S. oil and gas production, eliminate tax credits for electric cars, and has mocked electric cars outright. Some Republican lawmakers call the credits an unfair subsidy for what they depict as well-off electric vehicle owners.

Schumer, who contends the scheme would create tens of thousands of jobs, pledged to introduce his clean-car program in Senate legislation should Democrats win control there next year.

Climate change has become an issue in 2020 campaigns as never before in the United States. Even as polls show climate falling below other issues in terms of priority, an AP-NORC poll conducted earlier this year found that most Americans link worsening extreme weather to manmade global warming. Democrats are more likely than others to consider climate issues a high priority for the country.

Demands for all-out government action on climate change helped power Alexandria Ocasio-Cortez and other young Democrats to Congress in 2016. Top Democratic presidential candidates at a minimum have proposed spending big on investment and research to wean the country off fossil fuel by mid-century.