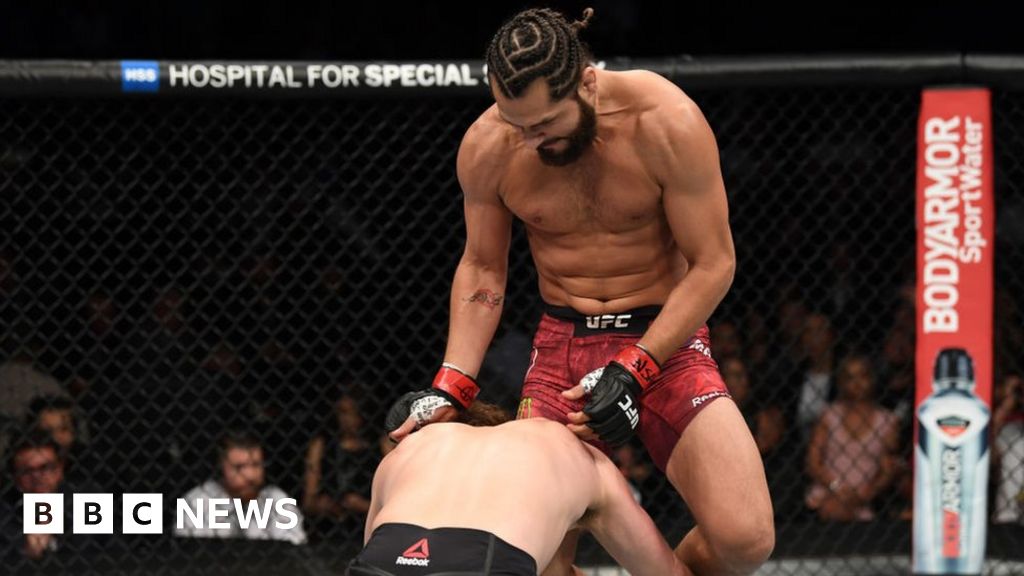 On the evening of 6 July, in a place called Paradise, Ben Askren stood in a steel cage, lifted his hands, and got ready to fight.

And then fight 20 started.

Askren was out cold. The fight was over, five seconds after it started.

In the 23-year history of the Ultimate Fighting Championship – the Premier League of mixed martial arts – it was the quickest knockout. Within minutes, the clip was seen millions of times online.

But for Askren – the unwitting, unconscious, co-star of the show – what happened next?

Askren’s next memory, he tells the BBC, is from the hospital, after he came round, when he began piecing together those five seconds.

Askren wasn’t badly injured, so after the fight he went on Twitter – the platform where his loss looped over and over – to sum up his feelings. It was short, sweet and self-deprecating.

“Well that sucked,” he said.

That honesty got Askren 30,000 retweets, 200,000 likes and an army of admirers. He also went on Ariel Helwani’s MMA Show, a popular programme, and in general – well – took it on the chin.

“It’s just better that way,” he tells the BBC, sitting barefoot on a Singapore hotel sofa. “You get it out there. It happened. It’s not like you can change it, and plaster over it, and make people not see it. You accept it.”

Other fighters might have closed the curtains, hidden away…

“Or made a lot of excuses,” Askren finishes. To work out why he didn’t, it’s worth looking at what happened before the Masvidal fight, as well as what happened next.

Askren grew up in Hartland, Wisconsin, in the US mid-west. He played a number of sports – baseball, soccer, (American) football – and began wrestling when he was five. When did he realise he was good?

Getting better happened quickly. At high school he was twice state champion, and won a national championship too. But there was never a satisfaction; never a victory parade. Even when he won the National Collegiate Athletic Association titles in 2006 and 2007, his focus moved forward.

“When I won the national titles in college I was like, OK, this is awesome, it was a lifelong dream,” he says. “But then I’ve got to make the Olympic team in a year? How do I do that?”

He did make the Olympic team, but was knocked out in 2008 without winning a medal. When asked which hurt more – the Olympics or Masvidal – his reaction to the five-second fight makes more sense.

“The Olympics was way worse,” he says, without a second’s thought. “That was a dream for 10-plus years, something I chased after my whole life. Then obviously in the one instant it’s gone.

“With this [UFC], I could [win two fights] and I’m right back. We’re talking within nine months, I could be right back to the same place I was, maybe faster.”

Askren’s comeback starts on Saturday night in Singapore, when he takes on the Brazilian Demian Maia in the main event of UFC Fight Night. Has the Masvidal fight made him more scared, more nervous?

“No, not at all,” he replies. But what if he loses again?

“My results are not married to my self-worth,” he says. “And that’s where a lot of people get mistaken – especially young kids.

“A lot of kids start tying their self-worth to their success in athletics, and then eventually they become afraid of failure, because if they fail they think people will think less of them.”

Askren has three children – two girls aged six and four, and a one-year-old boy – plus wrestling academies in Wisconsin, and a host of other interests, including disc golf and crypto-currency (he’s flying to a conference in Las Vegas straight after the fight).

In short, his world did not begin or end with the Masvidal fight, no matter how quickly it ended.

“But that doesn’t mean I’m a bad person, or I suck as a person.”

Then he walks to his next interview, barefooted, and a passer-by notices the smiley-face tattoo on his right foot. “Live free, be happy,” it says.