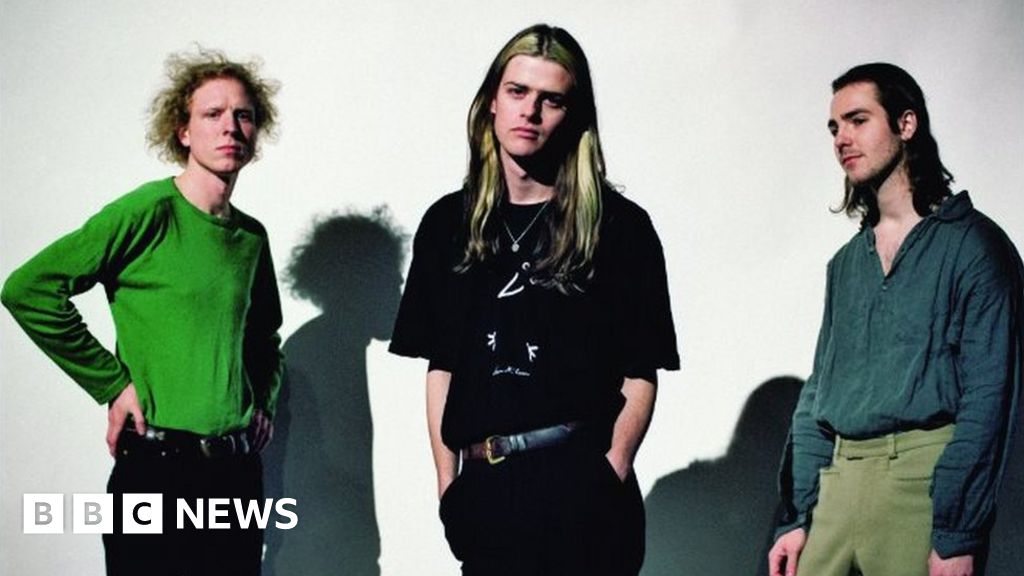 “We were in such a good place after our first album came out,” Ben Gregory from Blaenavon says.

Sitting in his bedroom in north London, the indie-rock frontman reflects on a rollercoaster time for the band.

Their debut record, 2017’s That’s Your Lot, led to headline shows at London’s historic Shepherds Bush Empire and a support slot with Mercury Prize-winner Alt-J at The O2.

“But I had no idea I was going to have such a hard time for two years,” he sighs. “I didn’t expect that at all.”

In January, the band released a letter to fans explaining that Ben had been recovering from a “stress-related breakdown” that had delayed the release of their second album, and led to the cancellation of several shows over the last couple of years.

Ben’s condition took a turn for the worse just before Christmas 2017 and he was hospitalised for a month – although his recovery is still on-going.

Despite announcing Blaenavon’s second album in January 2019 – Everything That Makes You Happy – the band and their music label decided it was best to reschedule the release until 25 October.

“It was either delay the album or scrap the whole thing,” says Ben.

Recalling his time in hospital for Radio 1 Newsbeat’s documentary, How To Survive The Music Industry, he describes some of his “severe manic episodes” as “disturbing”, but has learnt to see the lighter side to some of his delusions.

For instance, there was the time he became convinced that Kanye West had remixed one of his songs.

“I thought we’d made a charity single and it got to Christmas number one.

“I tried to leave the ward because I thought I was needed at Radio 1 to talk about it… when I came out of hospital I found out that wasn’t true.”

Having had time to reflect on the experience, Ben says he “really connects” with Kanye – who’s experienced his own issues with mental health.

“We’ve both had episodes and he’s been really honest and open about it all.”

“It’s one of the worst things I’ve ever experienced,” says Ben as he glances at a framed picture of a show the band played back in May to mark the 15th anniversary of their label Transgressive Records.

They didn’t know it then, but it would be the band’s last gig of the year.

They’d been booked to play at Reading and Leeds Festivals in August – but had to cancel their performance so Ben could focus on his health.

“It was awful to lose all that and spend a whole summer trying to get better instead of doing what I love to do.

“I wanted to go full throttle the whole time but Transgressive and my care co-ordinator were like, ‘No, that’s a bad idea in case you fall off the edge again’.”

The physical and mental health of artists is something that’s become a growing concern for the music industry.

Serious discussion was sparked around the issue in 2016 when the organisation Help Musicians UK published a report titled “Can Music Make You Sick?” and the results caused concern.

More than 71% of musicians polled said they suffered from anxiety or panic attacks, and 68.5% said they had issues with depression.

Since then, more artists, like Ben, have shared their stories and pressure has increased on the industry as a whole to offer better support to artists with big names like Dua Lipa and Professor Green spotlighting the impact that the volatile and competitive nature of the industry can have on musicians.

“We care about our artists as much as family members,” says Transgressive company director Toby L.

“The industry is still learning how to support them properly on a soulful, mental, physical level.

“It’s still very early days in knowing how to nurture and care for people.”

It’s clear that making the band’s second album has been an emotional process for Ben.

“It’s the beacon of light in my life all year that I’ve been waiting for,” he says.

“I’ve been counting down every day over the summer until this record comes out.

“It’s been so much harder than the first album. I know that’s such a cliché but it’s been not for a lack of ideas or a want to make the album.”

Catherine Marks, the album’s award-winning producer who’s also worked with Kanye and Blaenavon’s label mates Foals, says she doesn’t think there will “ever be a record as hard as that to make”.

“I never thought I wasn’t going to be able to deliver the record, it was more, ‘Am I being responsible if I carry on?’ – because of Ben’s health.

“It was hard for all of us but I think it helped him. It was an opportunity to make a second record, not many people get to do that.

“I was there to help them achieve that no matter what.”

Today, Ben says he’s “in much better shape” than he was at the start of this year.

“It’s been a slow process of getting my head together but the album’s come out at a perfect time where I can feel well and happy enough to properly enjoy it.”

Other than planning to “throw my phone down the toilet” because he’s getting so many messages, the singer says he’s also following more serious advice to keep on track.

“I’m obviously talking to the label all the time but I have to listen to doctors too.

“There are so many ups and downs of putting yourself in this kind of environment… things like this can have such a scary effect so I’m taking it slowly.

“I didn’t think I’d be saying this a few months ago but I feel really good.”

Although Ben’s been able to get himself into a strong enough place to release the album, he’s still not been able to shake off Kanye.

“It’s the funniest thing in the world that we announced the album on Monday… it was the exact same time Kanye said when his album would drop.

“So many of my delusions were about him and now he’s stealing my number one!”

If you have been affected by the issues raised in this article, help and support is available here