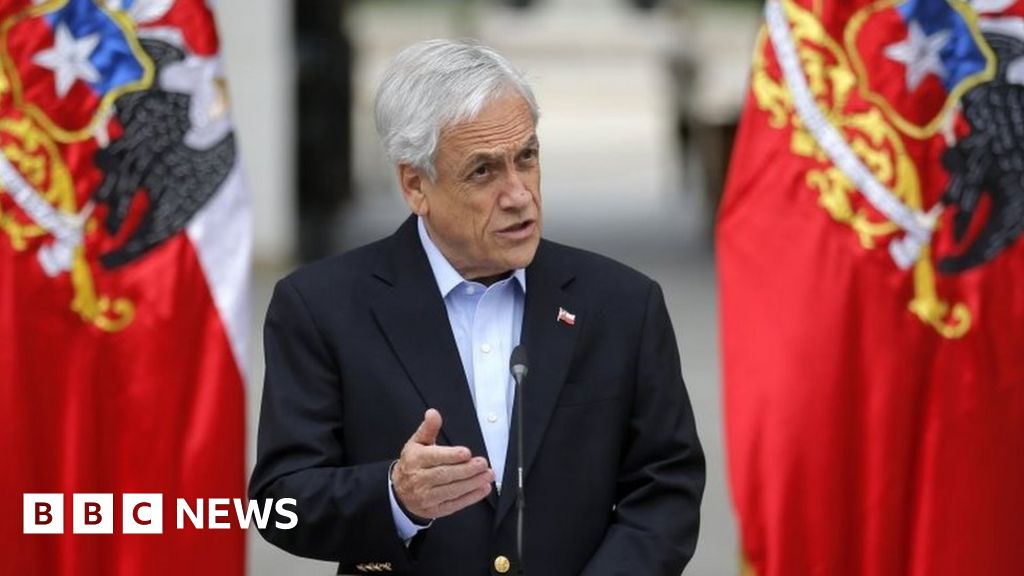 Chile’s President Sebastian Piñera has dismissed his whole cabinet in order to form a new government and introduce social reforms demanded by protesters.

“I have put all my ministers on notice in order to restructure my cabinet to confront these new demands,” he said.

It is not yet clear what form the reshuffle will take.

More than a million people joined a peaceful rally on Friday in the capital Santiago, calling for social justice.

Mr Piñera said he had heard the demands from the streets.

“We are in a new reality,” he said. “Chile is different from what it was a week ago.”

The president also announced that a curfew imposed in cities across Chile a week ago had been lifted.

The opposition has called for an ongoing state of emergency to end too.

At least 17 people have been killed and hundreds injured since the anti-inequality protests began just over a week ago.

Friday’s march came at the end of a week of violent clashes between activists and riot police.

The president tweeted on Friday: “We have all changed. Today’s joyful and peaceful march, in which Chileans have asked for a more just and unified Chile, opens hopeful paths into the future.”

What happened at the march?

Santiago Governor Karla Rubilar said at least a million people had marched in the capital – more than 5% of the country’s population.

On Twitter she said the protesters “represent a dream for a new Chile”.

Organisers said it was the biggest demonstration there since democracy was restored in 1990.

Participants walked for miles around the city, banging pots, waving flags and calling for reform.

Protesters also took to the streets in every other major Chilean city.

What is the background?

The protests were originally sparked by a now-suspended increase in metro fares, but grew to take in wider grievances over living costs and inequality.

In the days of demonstrations, there have been outbreaks of looting and arson. More than 7,000 people have been detained.

Chile’s military took over security in Santiago, which is under a state of emergency with thousands of police on the streets.

Chile is one of Latin America’s wealthiest countries but also one of its most unequal – it has the worst levels of income equality among the 36 member nations of the Organisation for Economic Co-operation and Development (OECD).

On Wednesday the president announced a package of reforms aimed at ending the protests, including increasing the basic pension and minimum wage.