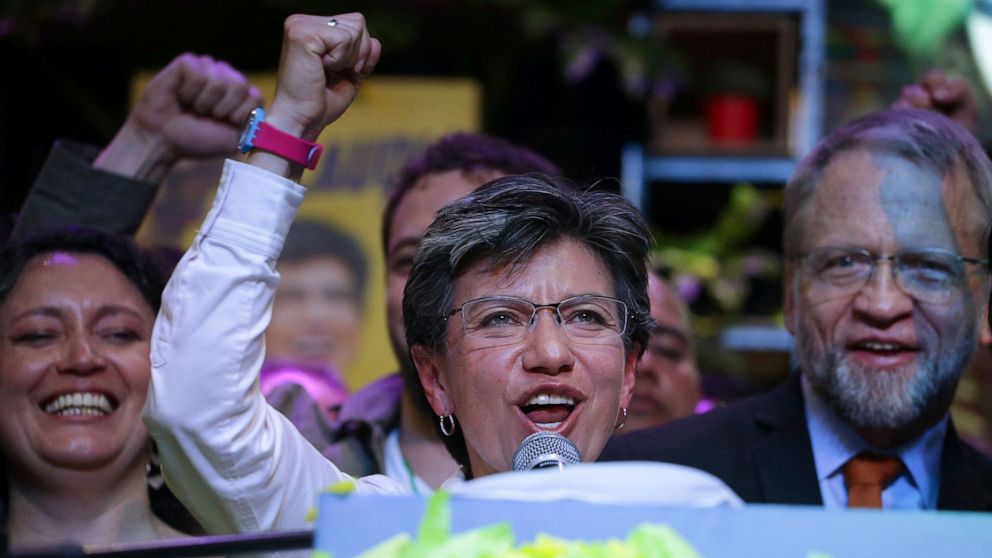 Colombia’s capital city has elected its first female mayor in what is being hailed as an important advancement for both women and LGBT rights.

Claudia López won the race for mayor of Bogota on Sunday, promising to combat corruption and advance equal rights for minority communities.

In her victory speech, López vowed to unite Colombians across the political spectrum and improve daily life issues like public transportation.

Centrist and progressive party candidates won several important posts in Colombia’s local elections, the first since the signing of an historic peace accord with leftist rebels.

Conservative former President Alvaro Uribe acknowledged his party’s setback, stating on Twitter that “I recognize the defeat with humility.”