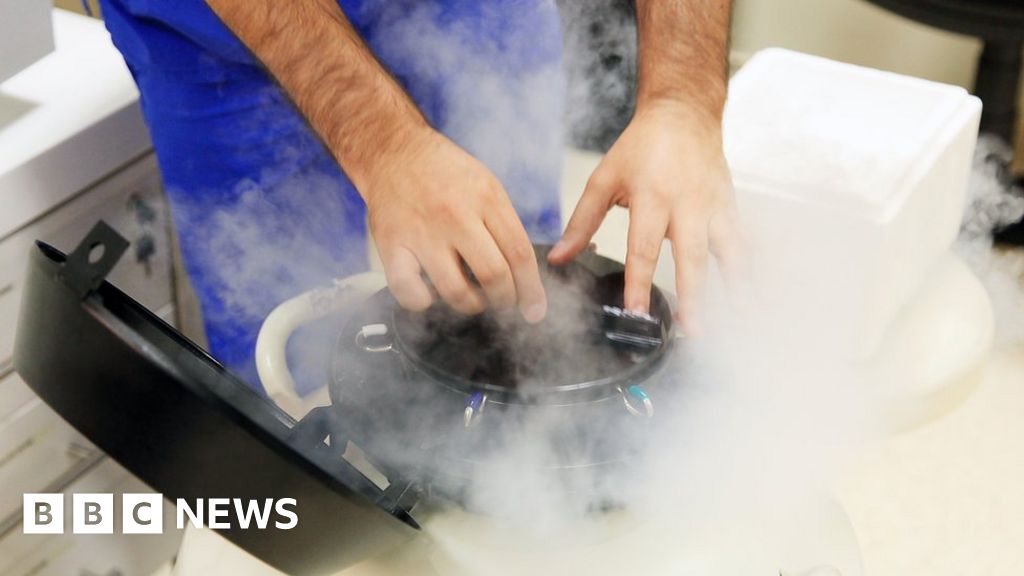 There is no scientific reason for the 10-year limit on storage of frozen eggs, which is forcing some women to destroy them before they are ready to become parents, say fertility experts.

Under UK law, only eggs stored for medical reasons and premature infertility can be kept for longer.

The regulator says any change would be a matter for parliament.

But it admitted the time “might be right to look at a more appropriate storage limit”.

Freezing eggs – for medical and social reasons – is growing in popularity, but the numbers are still small.

‘The time limit left me with a real conundrum’

Sharon Jones, 35, says the 10-year storage limit was an added pressure when she decided to freeze her eggs over a year ago.

“There’s really no need for it,” she says.

“But the earlier you do it, the more likely the eggs are to be viable.”

Sharon, an HR manager, said there were lots of “pushing and pulling factors” in her decision, which left her with a “real conundrum”.

She would like to meet somebody and start a family but, if not, she would consider using her stored eggs in the next eight and a half years.

Sharon has invested more than £5k already in freezing 16 of her eggs, and doesn’t agree with there being a time limit on when she or other women can use them.

“Yet we have a law that goes against what science is telling us – and we are removing that biological chance from women.”

There were 1,463 freeze cycles carried out in 2017 – up from 234 in 2010 – out of a total of around 75,000 fertility treatments, according to figures from the UK fertility regulator, the Human Fertilisation and Embryology Authority.

These include women who freeze their eggs before having cancer treatment, for example, and those who do it to increase their chances of having a child later in life.

But there is no data on the numbers of women in each group. Freezing for medical reasons allows storage for up to 55 years.

Fertility charity the Progress Educational Trust (PET) says women are being pushed to delay egg freezing later and later, because of the 10-year limit for storing them.

The best time for a woman to freeze her eggs is before the age of 35, when the quality and number of eggs starts to decline – but the most common age for doing it is now 38.

“It curtails women’s reproductive choices, harms women’s chances of becoming biological mothers, does not have any scientific basis (eggs remain viable if frozen for longer than ten years) and is discriminatory against women because of the decline in female fertility with age.”

She added: “It is an arbitrary and outdated piece of legislation that does not reflect improvements in egg-freezing techniques and changes in society, which push women to have children later in life.”

The Human Fertilisation and Embryology Authority says egg freezing is not a guarantee of being able to have a baby in the future.

But it recognises that society has changed and women may feel frustrated if they aren’t ready to use their frozen eggs within 10 years.

“Whilst any change to the 10-year storage limit would be a matter for parliament as it requires a change in law, the time might be right to look at what a more appropriate storage limit could be in future that recognises both changes in science and in the way women are considering their fertility,” a spokesman said.

What is egg freezing?

It is a way of preserving a woman’s fertility by collecting eggs at a young age and storing them until needed.

The process involves collecting around 15 eggs through IVF, cooling them quickly (using a process called vitrification) then storing them in tanks of liquid nitrogen.

The eggs are then thawed when needed, and those that have survived intact will be injected with sperm.

There is no guarantee it will work – just one in five IVF treatments using a patient’s own frozen eggs were successful in 2017.

If a woman is having medical treatment that affects fertility, funding may be available for egg freezing.