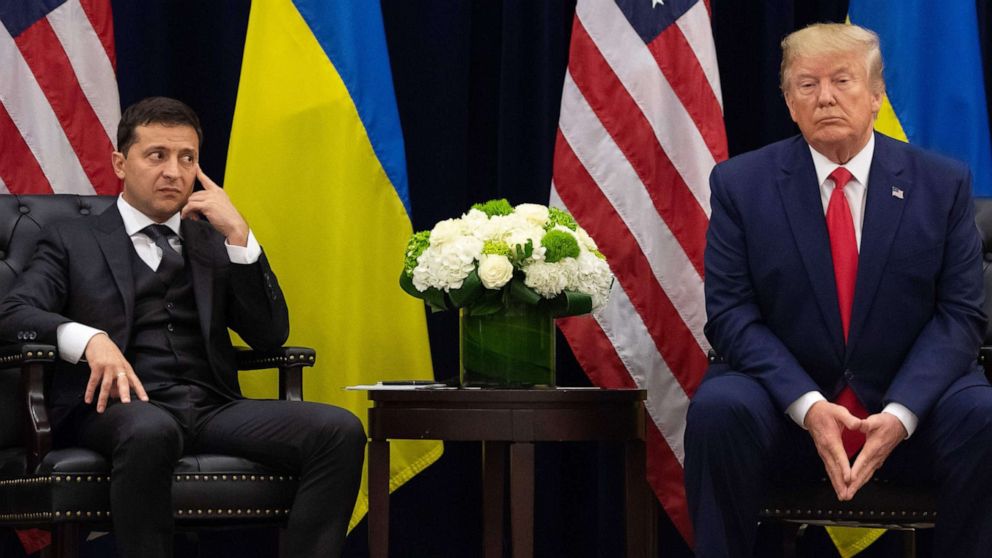 A White House national security official who listened to President Donald Trump’s July call with the Ukrainian president was “concerned” by Trump’s comments in the conversation and reported his concerns to a White House lawyer.

Add Ukraine as an interest to stay up to date on the latest Ukraine news, video, and analysis from ABC News.

“I was concerned by the call. I did not think it was proper to demand that a foreign government investigate a U.S. citizen, and I was worried about the implications for the U.S. government’s support of Ukraine,” Lt. Col Alexander Vindman, the National Security Council’s Director of European Affairs, is expected to tell House impeachment investigators on Tuesday, according to a copy of his opening remarks obtained by ABC News.

“I realized that if Ukraine pursued an investigation into the Bidens and Burisma, it would likely be interpreted as a partisan play, which would undoubtedly result in Ukraine losing the bipartisan support it has thus far maintained. This would all undermine U.S. national security. Following the call, I again reported my concerns to NSC’s lead counsel.”

Vindman, who immigrated to the United States from Ukraine as a child, has served in the Army and was wounded in an IED attack in Iraq, and received a Purple Heart.

Vindman would be the first current White House official to testify before House impeachment investigators.

“I am a patriot, and it is my sacred duty and honor to advance and defend our country, irrespective of party or politics,” he is expected to tell investigators.

He said he listened to the July phone call with NSC colleagues and staff from Vice President Pence’s office from the Situation Room.

Vindman, according to his opening statement, also raised concerns about comments Gordon Sondland, the U.S. ambassador to the European Union, made in a July 10 meeting with a top Ukrainian official about setting up a meeting between Trump and Ukrainian President Volodymyr Zelenskiy.

Sondland “started to speak about Ukraine delivering specific investigations in order to secure the meeting with the President, at which time Ambassador Bolton cut the meeting short,” Vindman will tell lawmakers.

In a follow-up debriefing, Sondland “emphasized the importance that Ukraine deliver the investigations into the 2016 election, the Bidens, and Burisma,” according to Vindman.

Vindman, according to his opening statement, told Sondland his statements were inappropriate, and that he and Dr. Fiona Hill, then his superior at the National Security Council, reported their concerns to the NSC’s lead counsel.