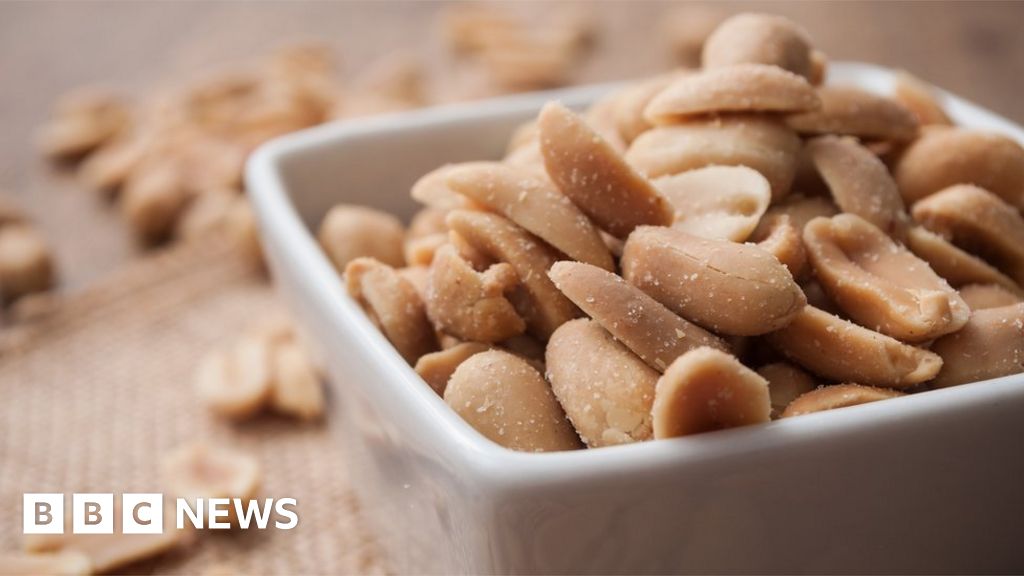 Treating peanut allergy with regular exposure to small amounts of the food is effective – but only if a patient stays on the therapy, a study suggests.

King’s College London scientists looked at the underlying behaviour of patients’ cells – and found it did not change.

They say that shows immunotherapy offers “protection but not a cure” for peanut allergies.

Allergy UK said that, even so, the treatment was a “positive step”.

It is estimated about one in 50 UK children has a peanut allergy.

There is no cure. The only way most people can manage it is by trying to avoid peanuts – which can be difficult and restrictive.

In immunotherapy, people are given a small amount of the substance they are allergic to – in this case peanut – every day.

It works by prompting the immune system to produce antibodies that reduce the body’s allergic response, so if someone is accidentally exposed to a small amount of peanut, they can tolerate it and are less at risk of a serious reaction.

More than 100 people in the UK are taking part in trials of the treatment, though it is not yet available on the NHS.

In this study researchers, from King’s and Evelina London Children’s Hospital, wanted to see how cells behaved, so they could see if patients were still allergic and so needed to continue treatment or if they were no longer allergic and could eat peanuts without worrying.

In the study, published in the Journal of Allergy and Clinical Immunology, they tested samples from 14 patients before and after treatment.

They found if the antibodies were removed, the allergic cells reacted in the same way as they had done before treatment.

Dr Alexandra Santos, who led the study, said: “Definitive treatments for peanut and other food allergies are highly needed.

“Currently, immunotherapy is the only treatment option we can offer peanut allergic patients.

“The question was whether the immunotherapy could switch off the allergic response.

“Some patients and parents hoped they would be able to eat the food but this will only be able to give them protection against accidental exposure.”

She said it was useful to be able to tell people the protection would continue only while they were on the immunotherapy.

“They can stop taking it, meaning they are more at risk of having accidental exposure.”

“Having new treatments to address risks of accidental exposure by tolerating small amounts of peanut protein can bring hope to those affected by peanut allergy.

“This may not be a cure (hopefully one day one will be found) but immunotherapy is a positive step in providing a treatment to give a level of protection where previously one had not existed.”