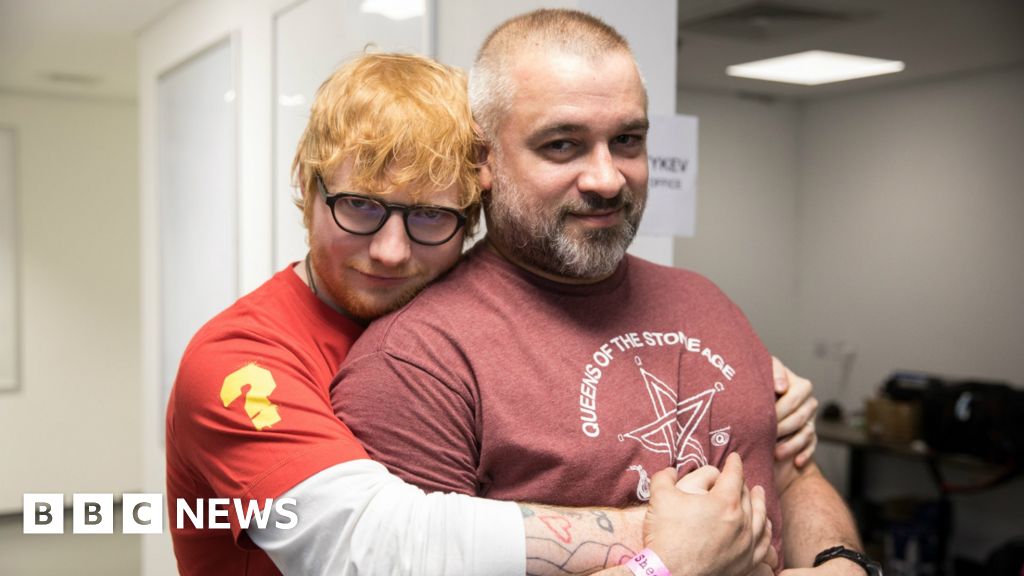 Multiple songs in the charts at once, some of the most-streamed songs of all time, being named the UK’s richest celebrity under-30, and having a 255-date tour that broke records.

All this leads to an important question, “Can you ever be sick of Ed Sheeran?”

Hopefully not, according to his manager, Stuart Camp.

“I never want anyone to be bored of him. But I guess if he’s top of the charts then they’re possibly not. You just want to make sure that’s a fair representation.”

Stuart has been Ed’s manager since 2011. He took over working with the singer after Ed was dropped by his previous management.

“We’re very conscious of not doing overkill. Bizarrely, we’ve been doing it for 10 years where we really have overkilled, but no one seems to be sick of it.

“We are very conscious of too much Ed Sheeran.”

After being released in 2017, his hit Shape Of You became the most-streamed song on Spotify.

Ed’s most recent track, Take Me Back To London – featuring Stormzy, spent five weeks at number one. While his No.6 Collaborations Project is the fastest-selling album of 2019 so far. His most recent tour was named the most-attended of all time: nearly nine million people saw him perform, breaking U2’s record of 7.3 million.

“I think it would be nice to see a bit more rotation at the top of the charts,” says Stuart.

“You look at it and say ‘well, you’ve been number one for five weeks. Please go away.

“The bigger acts that go up there are getting stuck. I don’t know if there’s a way that they can change the way they are calculating the streams.”

The 28-year-old is currently on an 18-month break from touring and public appearances.

“He’s already started writing and recording for what will be album five,” says Stuart. “We won’t let anything come out that’s substandard.

“We’ve done that on the previous two albums where we have to keep going until we absolutely know that the thing we come back with is undeniable, and that is a lot of work.

He says there are times when management has stepped in to tell the singer that some of his tracks aren’t good enough. “Yes we have, on the past two albums. Ed will make a record and we’ll just push, push, push and the last three weeks of recording we’ve done, the bangers just come flying out.”

So when you’ve achieved as much as Ed has, what’s next?

“He loves a stat. He loves a record. He’ll find more to break… He’s now got his eye on the most-played at Wembley and things like that.”

But he adds that Ed’s level of fame can’t last.

“There will be some levelling out. We’re not going to maintain this level forever.

“I’m not saying it’s a shooting stars scenario but I just think there’s a level of intensity. Sooner or later someone will come along who will reach the same level.”

You can hear the interview in full in Does My Music Suck? – a new podcast from BBC Music Introducing.