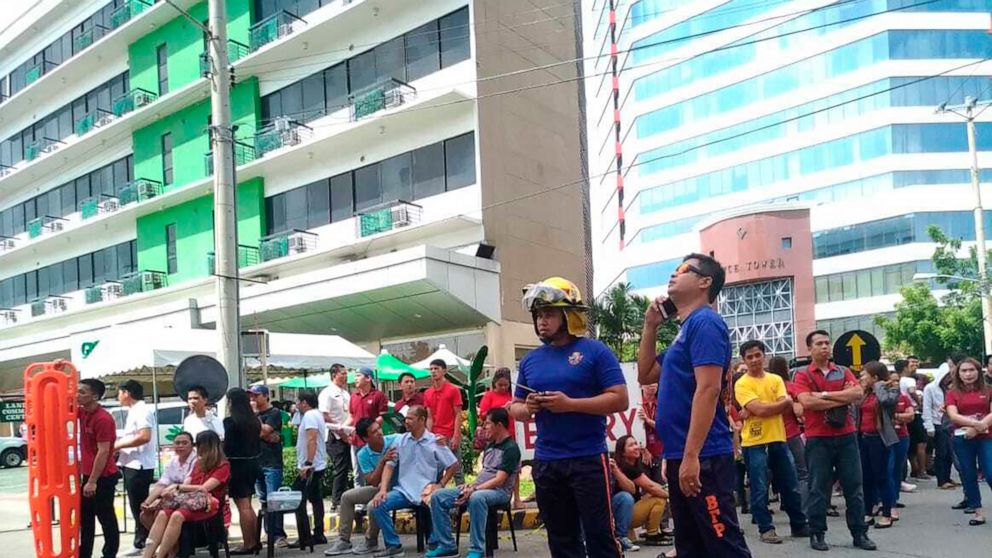 In the city of Kidapawan, a hotel damaged in the earlier earthquakes further buckled and precariously leaned onto an adjacent hospital that had been emptied of people because it was damaged. Six staffers who were inside Eva’s Hotel managed to run out safely, Mayor Joseph Evangelista said.

Both buildings were cordoned off as they may collapse completely anytime.

On Tuesday, a 6.6 magnitude earthquake nearby triggered landslides and caused other damage. At least eight people died, two are missing, 395 were injured and more than 2,700 houses and buildings, including schools and hospitals, were damaged, according to the Office of Civil Defense.

In the same region on Oct. 16, a magnitude 6.3 earthquake killed at least seven people, injured more than 200 and destroyed or damaged more than 7,000 buildings.

The Philippines has frequent seismic activity. The archipelago lies on the Pacific “Ring of Fire,” the arc of faults around the Pacific Ocean where most of the world’s earthquakes occur.