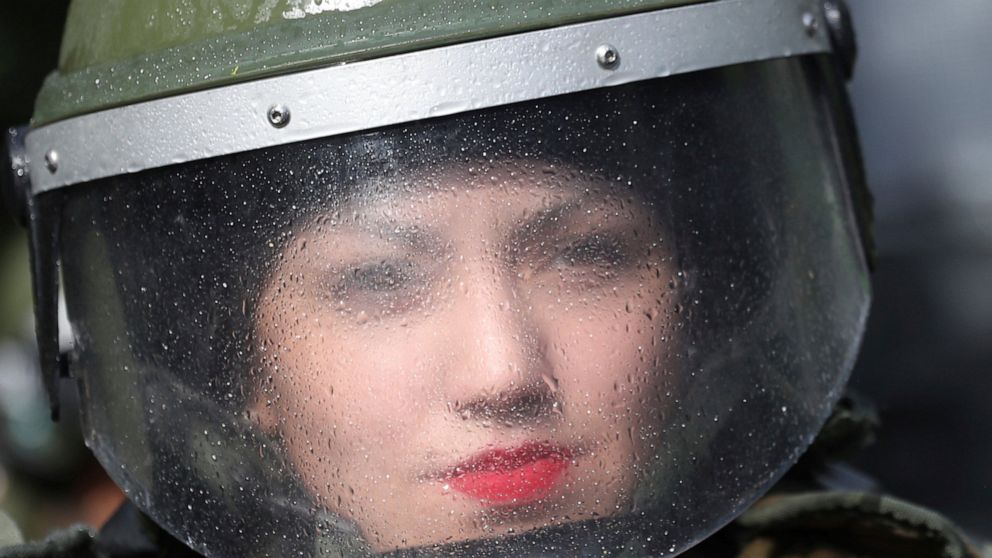 This photo gallery highlights some of the top news images made by Associated Press photographers in Latin America and the Caribbean that were published in the past week.

Thousands of young Chileans marched to demand improved social services as government and opposition leaders debated the response to nearly two weeks of protests that have paralyzed much of the capital and forced the cancellation of two international summits.

In Bolivia, violence has escalated since President Evo Morales was declared the winner of the Oct. 20 vote amid delays in the vote count. The opposition alleges the outcome was rigged to give Morales enough of a majority to avoid a runoff election; the president denies any irregularities.

Colombian President Ivan Duque will deploy 2,500 troops to a conflict-ridden zone to reinforce security after a band of renegade rebels allegedly killed five indigenous leaders. The five people from the Tacueyo reservation were killed when their caravan was ambushed by gunmen the government says belong to a faction of Revolutionary Armed Forces of Colombia that refused to accept the group’s peace treaty with the government.

Lewis Hamilton got the Mexican victory party he craved. He’ll have to wait another week for a sixth career championship. The Mercedes driver overcame Ferrari’s front-row start to win the Mexican Grand Prix, pushing him so close to the season championship that he’s all but guaranteed to win it next week at the U.S. Grand Prix in Texas.

Mexico is marking its Day of the Dead amid the 500th anniversary of the Spanish Conquest, and true to the holiday’s roots, it has become an opportunity for reflection and reconciliation, not revenge.