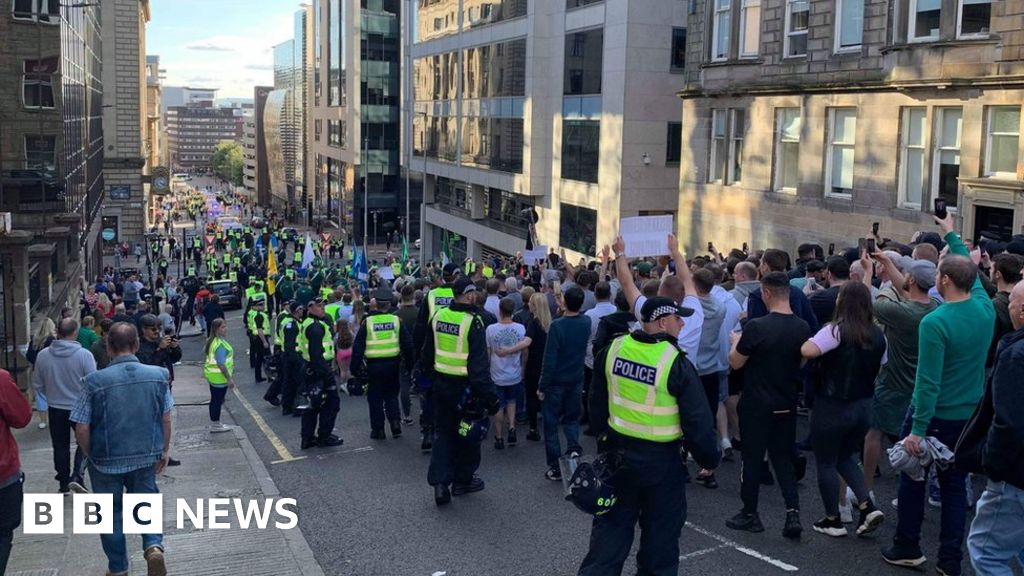 Glasgow city council is to investigate the impact of parades on its communities.

Officials announced they would launch a consultation from Friday, asking constituents whether marches have positive or negative effects.

An online public questionnaire will run until 23 December.

The news follows the council’s concession that it had “no legal basis” to place temporary bans on loyalist and republican marches.

It had been exploring the idea following recent sectarian disorder.

Council chiefs said the city was “sick and tired” after weeks of violence and clashes during marches.

As part of the consultation process, the council hopes residents, local groups and businesses will give feedback in the questionnaire.

The council has also hired market research company Ipsos Mori to carry out further work, such as focus groups and interviews.

Data will then be fed back into the review of parades and processions announced by the council in September.

A report is expected to go before members in the new year.

The council stressed that participants were not being asked whether they believe parades should or should not be permitted “as this lies beyond the council’s legal powers”.

Earlier this year, the justice secretary Humza Yousaf told the Scottish Parliament that the right to parade peacefully was an important part of a democracy that values free speech.

He pointed to Article 11 of the European Convention on Human Rights, which protects the right to freedom of “peaceful assembly”.

It says no restrictions should be placed on these rights except for public safety, preventing disorder or crime and for the protection of the rights and freedoms of others.

Bans are rare, however Glasgow city council scrapped an entire weekend of marches in September because of the disruption, disorder and heightened tensions that had proceeded them.

Police Scotland’s chief constable later said such events presented a “significant challenge” as officers had to be pulled from across the country to monitor them.