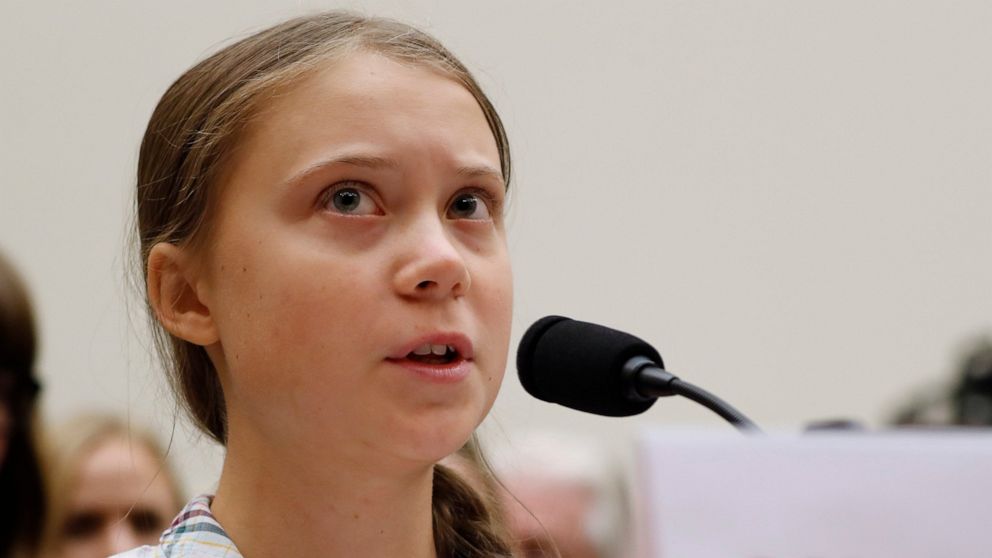 Greta Thunberg, the 16-year-old Swedish girl who accused international leaders of standing idly by as global warming threatens to destroy the planet in a speech shared around the world is joining young activists in Los Angeles for a protest aimed at getting California out of the oil-drilling business.

Thunberg is the scheduled keynote speaker at Friday’s downtown rally organized by Youth Climate Strike Los Angeles as part of an effort to have the state put more restrictions on oil extraction, especially in densely populated urban neighborhoods like those dotting Los Angeles and surrounding cities.

“Our goal is to shut down oil wells that are around communities where people are suffering,” said 17-year-old Kailynn Cruz, lead organizer of the protest that plans a march from City Hall to Gov. Gavin Newsom’s Los Angeles office. Protesters want California, one of the nation’s largest oil-producing states, to eventually end petroleum extraction.

After members of her group saw Thunberg lead thousands in a global-warming protest last month in New York they decided to invite her to Los Angeles.

The teen, who arrived in New York from her native Sweden in a zero-emissions sailboat, eviscerated world leaders in a passionate speech at the United Nations on Sept. 23, accusing them of taking away her childhood and endangering her future by making promises to attack global warming but not doing so.

“For more than 30 years, the science has been crystal clear,” she said, citing global-warming statistics. “How dare you continue to look away and come here saying that you’re doing enough when the politics and solutions needed are still nowhere in sight.”

Earlier this week she refused a Nordic Council Environment Prize and the $52,000 that comes with it, saying now is the time for action, not awarding of prizes.

Cruz, who said she watched Thunberg’s speech, added she became an activist last year after her environmental science teacher told his students pretty much the same thing Thunberg had learned.

“He was teaching environmental design, telling us our Earth is dying and no one was really paying attention,” the college freshman said. “And that night he sent us a climate report, and I was reading and reading and I saw that what was going on was actually what our teacher was saying. That our planet was dying.”