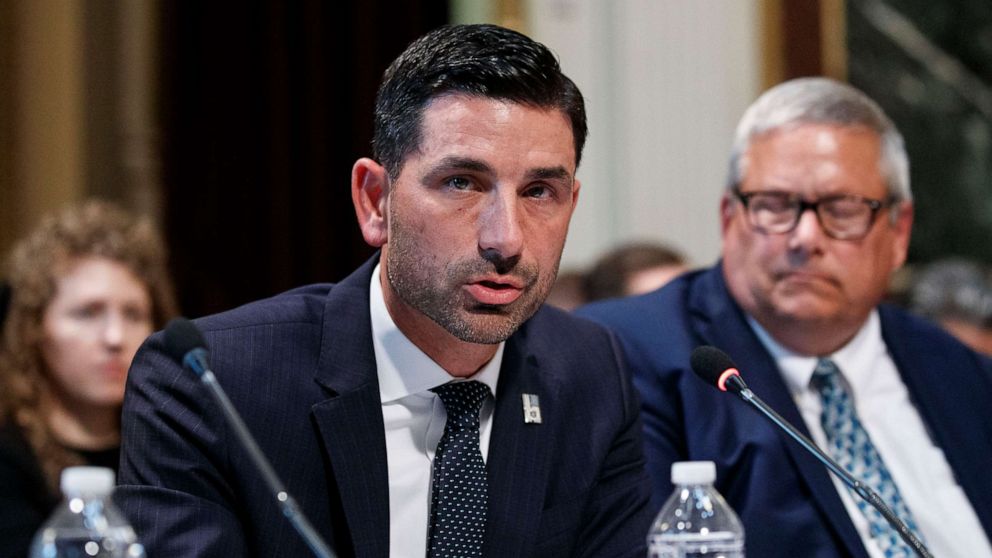 Chad Wolf, who’d been serving as acting under secretary of strategy and policy at the Department of Homeland Security, will become the new acting head of the agency, a White House spokesperson confirmed to ABC News.

“Kevin McAleenan has done a tremendous job. He’ll be leaving after Veterans Day, and after he departs Chad Wolf will serve as acting secretary in the interim,” said Hogan Gidley, deputy press secretary for the White House.

“I like ‘acting,'” Trump told reporters earlier on Friday. “It gives you great, great flexibility.”

Wolf served as chief of staff to former DHS Secretary Kirstjen Nielsen while the Trump administration implemented its zero-tolerance immigration policy, which resulted in thousands of migrant families being separated from their children over the course of several weeks in 2018.

Wolf was involved in drafting and revising plans for the separations, according to internal DHS documents obtained by ABC News. Senate Democrats opposed the policy and delayed Wolf’s confirmation to serve as under secretary earlier this year.

Wolf won’t need Senate votes to serve as acting secretary of DHS if Trump formally nominates another candidate, as outlined by federal law.

RJ Hauman, government relations director at FAIR, pointed to Wolf’s past work as a government lobbyist — he advocated for expansions of foreign worker visas — a sign the former under secretary would not be willing to fully implement Trump’s agenda.

Despite the decision to choose Wolf, Trump shows no signs of backing down from his hard-line immigration tactics. His signature policies to stop asylum applications from most migrants arriving at the southern border, and send those who do apply back to Mexico, were legally permitted to continue while they’re challenged in court.

Wolf helped establish the Transportation Security Agency after 9/11 and worked in the private sector as a lobbyist and consultant on security issues. With his focus on planning and operations at Homeland Security, Wolf built internal support at DHS.

“He knows the ins and outs of how the department operates,” a senior DHS official previously told ABC News, speaking on the condition of anonymity. If Trump were to choose Wolf “he would be able to pick up the ball on day one and carry on with the president’s agenda.”