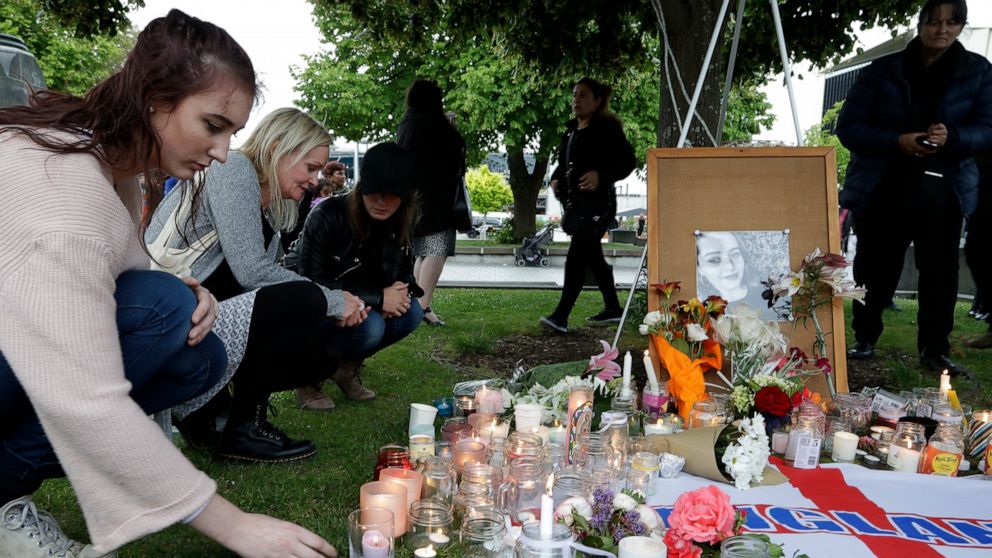 Jurors were chosen Monday at the New Zealand trial of a man accused of murdering 22-year-old British backpacker Grace Millane.

Arguments in the five-week trial were due to begin on Wednesday in the Auckland court. The name of the 27-year-old defendant is being kept secret for now by court order.

Millane’s body was discovered in a forest a week after she was last seen in downtown Auckland last December. She was traveling in New Zealand as part of a planned yearlong trip abroad.

Her death struck a deep chord in New Zealand, which prides itself on welcoming tourists and where many young people take gap years themselves to travel abroad. Hundreds of people throughout the country attended candlelight vigils after her death.

Prime Minister Jacinda Ardern summed up the mood at the time in an emotional news conference. “There is this overwhelming sense of hurt and shame that this has happened in our country,” Ardern said.

Millane had been in New Zealand for less than two weeks when she went missing.

She had been staying at a backpacker hostel in Auckland and had left some of her belongings there. She was last seen alive on the evening of Dec. 1 and didn’t contact her family the next day, her 22nd birthday, causing them concern.

Her father, David Millane, said last year that before she went missing, his daughter had loved her time in New Zealand judging by the number of pictures and messages she’d sent.

“We all hope that what has happened to Grace will not deter even one person from venturing out into the world and discovering their own overseas experience,” he said in a statement.

New Zealand’s judicial system sometimes suppresses the names of people facing charges on the basis that they won’t be able to get fair trials if they are named.

But the Millane case has highlighted the difficulty of courts maintaining secrecy in an age when information is quickly disseminated around the world.

Last year, some British media elected to name the man in defiance of the New Zealand court orders. Search giant Google then emailed the name to some users who were signed up for alerts on what was trending in New Zealand, resulting in a rebuke from Justice Minister Andrew Little. Google then suspended the service in New Zealand.