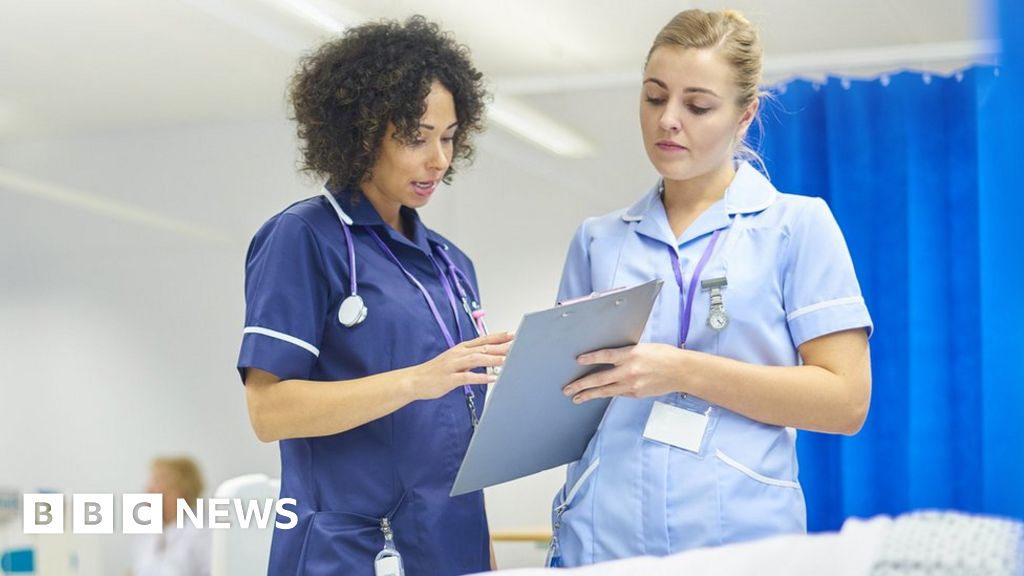 If you want to get this briefing by email, sign up here

It’s not just about Brexit. As campaigning for the general election enters its first full week, the health bosses’ group NHS Providers is asking parties not to use the NHS as “a political weapon”.

The busy winter period for GPs and hospitals coincides with the December poll, and the group warns against “over-dramatising” claims or making “empty promises”. We fact-check what’s been said about the NHS so far by the parties.

Also, a think-tank is predicting a large rise in government spending after the election, whoever wins.

Meanwhile, check out our poll tracker. And, of course, there’s our really simple guide to the election.

It’s not the only contest going on. House of Commons Speaker John Bercow stood down last week and, from about 14:30 today, MPs will be electing his successor. We look at what they will need to do to win.

He was the last man in charge of the Soviet Union, a leader who oversaw modernisation and agreed with the US to a reduction in the number of nuclear weapons. But Mikhail Gorbachev is worried about the future. He tells the BBC that the world is in “colossal danger” as a result of current tensions between Russia and the West, and that all nuclear weapons must be destroyed. Watch his interview here.

Get news from the BBC in your inbox, each weekday morning

He’s now second on the all-time list of F1 drivers’ title winners, having taken his sixth on Sunday. But Britain’s Lewis Hamilton isn’t done yet. He says he wants to “keep pushing” and he feels “as fresh as I can be”. Only Michael Schumacher’s total of seven world titles lies ahead.

But is Hamilton already the best of all time? Have a look at the statistics.

Steve Easterbrook, the chief executive of fast food giant McDonald’s, has been fired after having a relationship with an employee. The British businessman’s actions were deemed to have “violated company policy” and shown “poor judgement”. Read the full story.

Busby film tells ‘one of the great football stories’

For many modern Manchester United fans, former manager Sir Alex Ferguson is the greatest of all time. For one of the club’s 1968 European Cup-winning heroes, however, Ferguson will forever be “the apprentice” of another great Scot.

“Matt Busby is Manchester United,” says John Aston Jr. “He had a very good apprentice in Alex Ferguson, but he’s the man who built it up and he’s the guy who put Manchester on the world map.”

What the papers say

The election dominates. The Guardian says Labour leader Jeremy Corbyn is telling colleagues the debate over Brexit within the party is over, and that it’s time to focus on other issues. The Daily Express reports that Boris Johnson is promising to raise the National Insurance threshold if the Conservatives win. And the Daily Telegraph leads on a Tory MP’s warning that Brexit Party leader Nigel Farage could create a “weak” hung parliament if he takes votes away from Mr Johnson. Elsewhere, the Times says suspected trafficking gangs are bringing children as young as 15 to the UK through visas sponsored by private schools. The Daily Star, meanwhile, predicts some very chilly UK weather for the next few weeks.

Minicabs Hundreds of London drivers “could be working illegally”

If you see one thing today

Candid moments on the London Underground

If you listen to one thing today

Did music help bring down the Berlin Wall?

If you read one thing today

‘I found a way to save my husband’

Sign up for a morning briefing direct to your phone

1956 The Soviet air force bombs part of the Hungarian capital, Budapest, and Russian forces enter the city, in an effort to end a national uprising.

Did the sixties dream die in 1969? (Cambridge University)