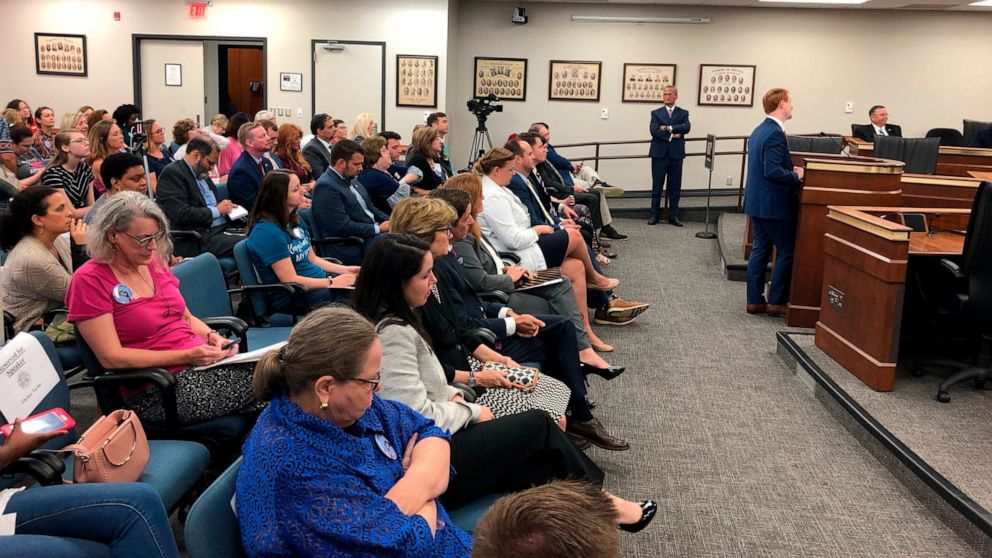 South Carolina could get closer to being the latest state to pass a ban on almost all abortions Tuesday as a proposal faces another vote, but the bill’s future is murky because it does not include exceptions for victims of rape and incest.

The state Senate Medical Affairs Committee is expected to pass the measure along to the full Senate floor for a possible 2020 election year fight.

The “heartbeat abortion” ban would make almost all abortions illegal in South Carolina after a fetal heartbeat is detected, usually around six weeks after conception.

The bill already faced an iffy future next year because some more moderate Republicans senators don’t want to waste days fighting over it with Democrats, instead suggesting lawmakers should wait and see what happens with court challenges to similar measures passed into law in other states. They suggest if the bans elsewhere prevail, then South Carolina could follow suit.

Similar bills have passed in recent years in Louisiana, Georgia, Kentucky, Mississippi and Ohio. Missouri approved a ban on abortions after eight weeks of pregnancy and Alabama lawmakers simply outlawed all abortions. All of them remain tied up in courts.

Another road block to South Carolina’s bill may have been put up last month by its most ardent supporters. The bill passed the state House allowing exceptions for pregnancies caused by rape or incest. A Senate subcommittee removed those exceptions.

South Carolina already had an abortion showdown in 2018 after Democratic Sen. Brad Hutto of Orangeburg, whose has fought restrictions on the procedure for decades, altered a bill banning a specific type of abortion into a ban on almost all abortions. Hutto then dared lawmakers to pass the total ban. Moderate Republicans couldn’t support the proposal, which failed. Democrats have added a seat since that election.

The heartbeat abortion bill passed the South Carolina House last year after the rape and incest exceptions were added on the House floor following a speech by Rep. Nancy Mace, a Republican from Charleston who told for the first time how she was raped when she was a teen.

Gov. Henry McMaster enthusiastically supported a ban even before it was changed in the House. He has promised to sign the bill if it passes.

Sen. Richard Cash put the incest and rape ban back in the bill. The Republican from Powdersville was elected in 2017 in a campaign promising to do all he could to end abortion.

“There are no easy answers in such a situation, but I believe there are right answers,” Cash said, condemning rape and incest as terrible crimes as he proposed the amendment at last month’s meeting. “Whether you mean to or not, you are punishing a person wrongfully for something he or she had nothing to do with.”

Democratic state Sen. Kevin Johnson said he wished Republicans spent as much time on the issues of living children as what goes on inside a pregnant woman’s womb.

“Now we’re saying although you were innocent and were raped, you’ve got to carry that baby for nine months,” the Democrat from Manning said. “That’s just kind of horrific.”