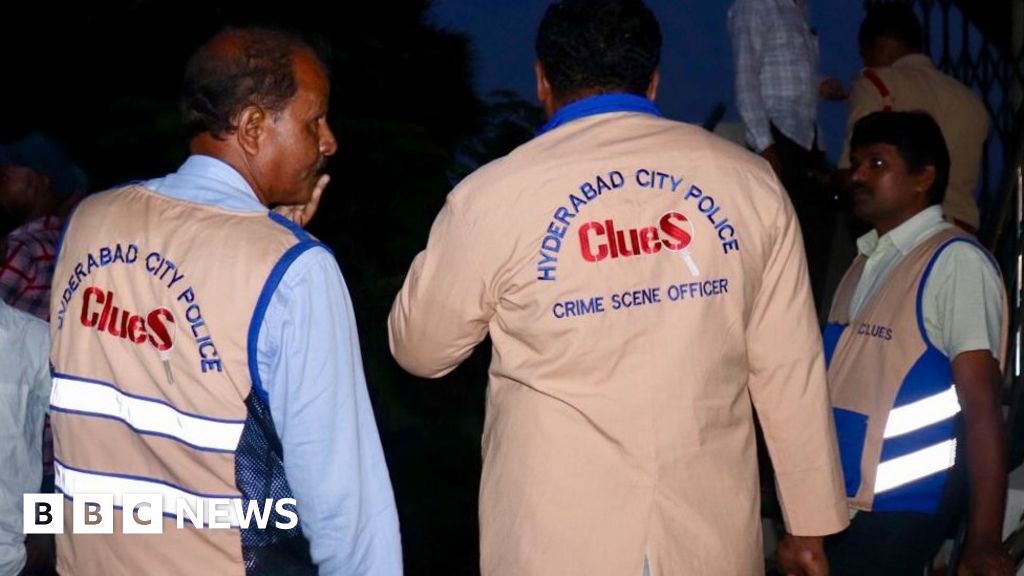 A revenue official has been burnt alive in her office in the southern Indian state of Telangana over a property dispute, police said.

Vijaya Reddy died from her injuries at the scene of the attack on Monday. One of her staff, who was burnt while trying to save her, died on Tuesday.

A graphic video of the incident shows Ms Reddy crying for help before someone throws a blanket over her.

Police said they had detained the accused, who also suffered burns.

The incident occurred around 13:30 local time after Ms Reddy had returned from a court hearing. She was meeting a man, who police have identified as K Suresh, in her office.

Gurunnatham said he heard screams from inside Ms Reddy’s office but found that the door was locked from inside.

“She managed to unlock the door and came out. We were trying to pull him [Suresh] away. She fell on the floor and before we realised, fire was everywhere,” said Gurunatham before he died of his injuries.

Eyewitnesses say Suresh ran out of the building with burn injuries. Police found him walking on the road and took him to a hospital.

The incident occurred in Abdullahpurmet, 32km (20 miles) away from the state capital, Hyderabad.

“We are trying to ascertain if this was done by one person or if there is someone else who helped him,” police commissioner Mahesh Bhagwat told the media.

Suresh, who is from a nearby village, and his family have been fighting a court case over a property.

His father, Krishna, told local media: “There is an ongoing case over a land dispute. But that was being handled by me and my brother. We do not know why he [Suresh] went to meet the officer.”

The Telangana Revenue Employees Association said they will boycott work for three days in protest.

“It is very unfortunate that such an incident has taken place inside a government office,” the group’s president Ravinder Reddy Vanga told BBC Telugu’s Deepthi Bathini.

He also alleged that there have been several incidents in the past two years where revenue officials have been “manhandled by members of the public”.