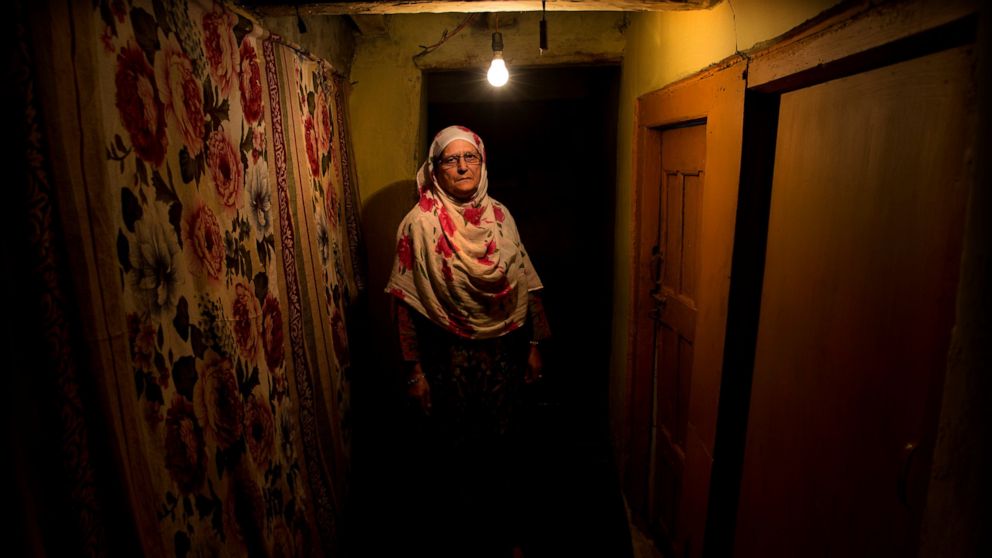 A mother unable to get updates from the hospital about her premature newborn. A bride who couldn’t have the wedding of her dreams. The photojournalist who risks double harassment by security forces due to her profession and her gender.

Ever since Prime Minister Narendra Modi’s Hindu-nationalist government stripped disputed Indian Kashmir of its semi-autonomous powers in August and placed the Muslim-majority region under a massive security lockdown, life has been a struggle for ordinary Kashmiris.

Indian soldiers from outside the region flooded the streets and thousands were arrested. A curfew was put in place. The government cut of most of the region’s communications with the outside world, shut off the internet and telephone services. Even public transportation services were stopped.

Authorities have eased some restrictions, lifting the curfew, removing roadblocks and restoring landlines and some mobile phone services, but the other measures remain in place. India says they’re needed to prevent the violent street protests that are common in the region.

While men historically make up most protesters and insurgents in the region and are often the first arrested or physically abused in security crackdowns, experts say Kashmiri women are suffering from the lockdown in their own less visible way.

Zahida Jahangir’s son was born premature and weak. He was rushed from the clinic where he was born to the neo-natal intensive care unit in a children’s hospital across town. The lockdown made it nearly impossible to visit her son or even communicate with the hospital.

Zahida was separated from her son for the first 20 days of his life, and though he is now healthy, the experience has created what she says is a pain only a mother could know and left her with regrets that will last a lifetime.

Kulsuma Rameez’s wedding was scheduled for during the lockdown and she was unable to go shopping for the wedding dress she dreamed of. Instead she was married in a borrowed dress at a small ceremony attended by a few relatives and neighbors. After the ceremony, she had to walk to her new home as the roads were blocked.

Photojournalist Masrat Zahra was covering the first Friday protest since the lockdown when a police officer threatened to kick her. She notes that Kashmiri women can’t leave their homes without a male companion out of fear they’ll be harassed by soldiers. Nevertheless, she is undeterred.

“You cannot remain silent,” Masrat said. “If you come out and speak, someone will hear your voice. Coming out to work is my way of protesting.”

Ateeqa Begum has lived alone ever since her only son 22-year-old Fasil Aslam Mir, the family’s sole breadwinner, was detained on his way home after fetching medicines for her on the day the lockdown began.

“My son has been shifted to a jail in an Indian city and I have no means to travel there to see him,” she said.

A doctor at a hospital in Indian Kashmir’s main city, Sabahat Rasool says she’s seen the lockdown forever alter lives. She tells the story of a pregnant woman who refused to be admitted to the hospital because she had no way to tell her family that she wouldn’t be coming home and didn’t want them to worry that she had been kidnapped. She was brought in unconscious the next day.

“She survived but lost her unborn baby,” Sabahat said.