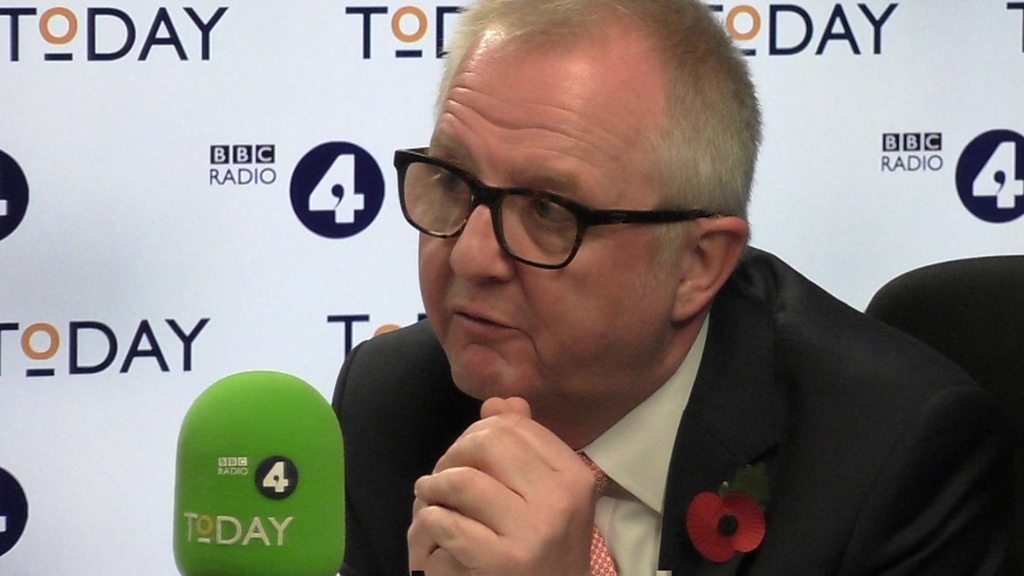 The former minister, who resigned from the party in February, said Jeremy Corbyn was “completely unfit to lead our country”.

Speaking to the BBC, Mr Austin said: “I can’t believe it has come to this.”

She said Mr Austin had done “great work” as an MP but added that it wasn’t “any secret” that he had differences with the Labour leader.

Speaking to the Express and Star, Mr Austin also announced he would be standing down as MP for Dudley North – a seat he held at the 2017 election with a majority of just 22.

He said: “I am so sorry that it has come to this, but as has always been the case, I have to do what I think is right,” adding: “I must do everything I can to stop Jeremy Corbyn from getting into power.”

“We should be clear he has had a long standing run-in with Mr Corbyn,” he says.

“We know that he doesn’t like the Labour leader but still, on day two of a general campaign, for someone who has been Labour MP for much of his time in Westminster to say ‘vote Conservative’ is incredible.”

Mr Austin became a Labour councillor in Dudley in his twenties, later working as a press officer for Gordon Brown.

Mr Austin quit the party earlier this year blaming Mr Corbyn for “creating a culture of extremism and intolerance” and accused the Labour leadership of failing to tackle anti-Semitism in the party.

His comments comes as Tom Watson announced he was stepping down from his role as deputy party leader and as an MP.

He said the decision was “personal, not political” and that he would continue to campaign for the party.

But Mr Austin said: “If Tom thought that Jeremy Corbyn was fit to lead our country and fit to form a government, then he would have been in that Cabinet. Would he really be standing down?”

He said Mr Watson was “appalled” by “the scandal of anti-Semitism that has poisoned the Labour Party under Jeremy Corbyn’s leadership”.

On Sunday, shadow chancellor John Mc Donnell said he was “so saddened” by accusations of anti-Semitism and said he wanted to “reassure” the Jewish community that Labour was “doing everything we can to eradicate anti-Semitism in the party and to educate our own members”.