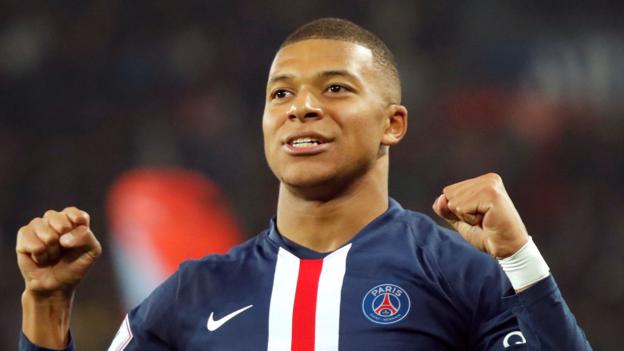 Zidane said it was the 20-year-old France international Mbappe’s “dream to play for Real Madrid”.

“Kylian is a very important player for us. Now is not the time to destabilise him.”

PSG play Real Madrid in their next Champions League group match on 26 November.

The French side, who qualified for the knockout stages with a 1-0 win over Club Bruges on Wednesday, lead Group A with 12 points, while Real are second on seven points.

Leonardo added: “[Mbappe] is a player who has two and a half years left on his contract with us, so to talk about what he wants, his ‘dream’, every time… if we can just stop this, pause this talk.”