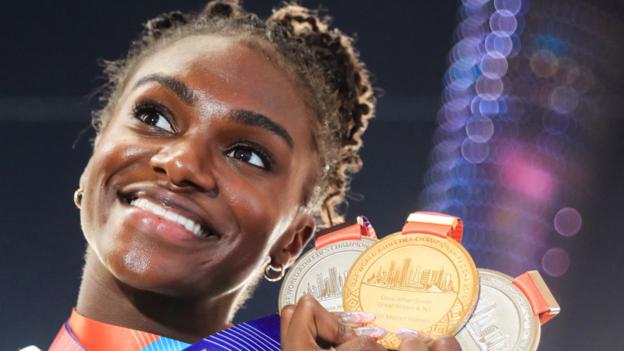 “You know you always have my support! Let’s do this,” tweeted Asher-Smith.

The 200m and triple jump were two of four events cut from the regular 2020 Diamond League programme.

The 3,000m steeplechase and 200m will still feature at 10 of 15 Diamond meetings, while two will stage the discus and triple jump events.

None of the four will be included in the Diamond League final in Zurich in September.

Diamond League chairman and International Association of Athletics Federations president Lord Coe said the changes were intended “to create a faster-paced, more exciting global league that will be the showcase for our sport”.

However Taylor said “separating the events can only damage this sport we all love”.

“We will fight for athletes’ rights and ultimately demand a seat at the table and a say in how our sport is run and how the sport can grow and evolve without ripping out its core.”

He invited fellow athletes to email to register their interest and follow the organisation’s social media accounts.

Athletes already have two voting positions on the 26-person IAAF Council with competitors at the recent World Championships in Doha balloted on who should represent them as part of the Athletes’ Commission.

“We are fully supportive,” an IAAF spokesperson told BBC Sport of the Athletics Association’s creation.

“The more athletes involved in the decisions made in the sport the better the sport will be.”