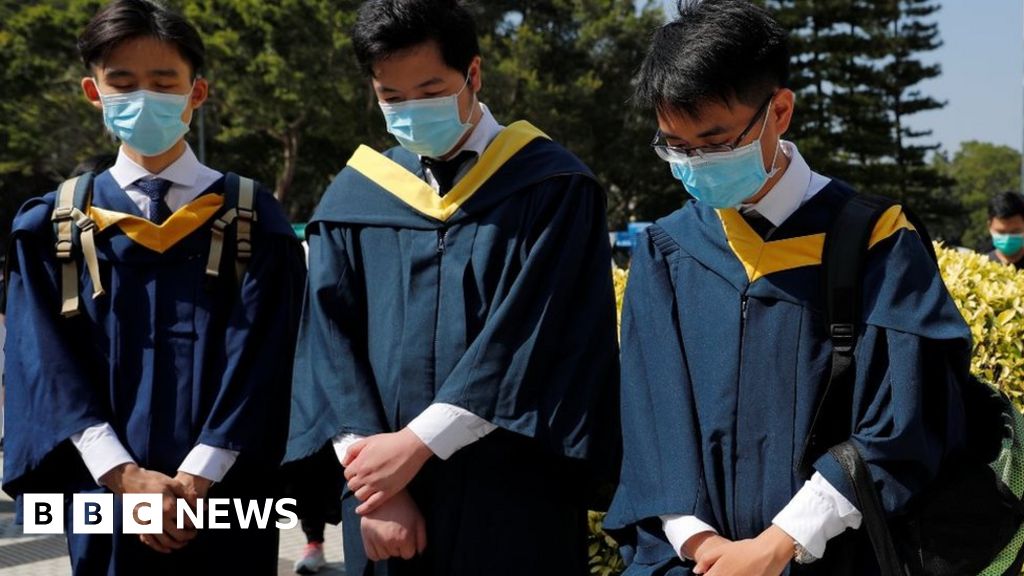 A Hong Kong student has died after falling during protests on Monday – sparking impromptu protests and vigils from pro-democracy activists.

Alex Chow fell from the ledge of a car park during a police operation to clear the area on Monday morning.

The exact circumstances of his fall are unclear, but reports say he was trying to get away from tear gas.

The 22-year-old’s death came after another week of political violence in Hong Kong.

On Wednesday a pro-Beijing lawmaker was stabbed in the street by a person pretending to be a supporter.

Mr Chow had been in a coma since Monday and was certified dead early on Friday, according to the hospital he was treated in.

Fellow students at the city’s University of Science and Technology called for an investigation into how Mr Chow fell, and why it took paramedics nearly 20 minutes to arrive. Amnesty International echoed that call.

At the time of his fall, dozens of riot police were approaching, firing tear gas into the car park and surrounding areas to clear away protesters.

Police said they used tear gas to disperse protesters near the site but denied any wrongdoing, saying their actions had been justified.

But Mr Chow’s death is expected to fuel more anger at the police, who are already under pressure as Hong Kong faces its worst crisis in decades.

“Today we mourn the loss of the freedom fighter in HK,” Joshua Wong, a pro-democracy campaigner, said on Twitter. “We will not leave anyone behind – what we start together, we finish together.”

By Friday afternoon, protesters were blocking roads – and more “mourning events” were planned for Friday evening.

Why are there protests in Hong Kong?

Hong Kong is part of China but as a former British colony it has some autonomy and people have more rights.

The protests started in June against plans to allow extradition to the mainland – which many feared would undermine the city’s freedoms.

The bill was withdrawn in September but demonstrations continued and now call for full democracy and an inquiry into police behaviour.

Clashes between police and activists have become increasingly violent and in October the city banned all face masks.