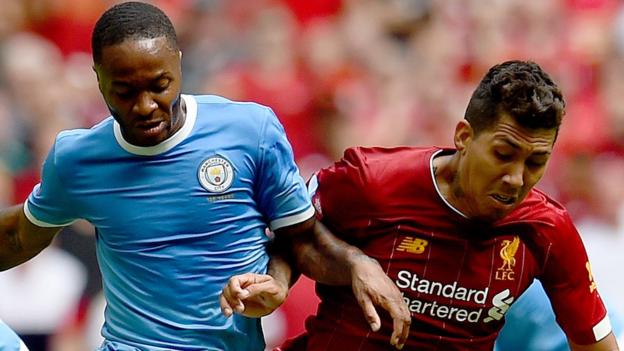 Jürgen Klopp’s side are six points clear of Pep Guardiola’s men, who finished a point ahead of the Reds following a dramatic title race last season.

But which players would make your combined XI?

Select your XI in your preferred formation and then share on social media using #bbcfootball.

Who you chose last time…

When the teams last met in the Premier League, at Etihad Stadium in January, there were six Liverpool players selected for the XI compared to City’s five.

Sergio Aguero was chosen ahead of Liverpool frontman Roberto Firmino, while no Reds midfielders made the team.

In contrast, the defence was dominated by Liverpool players – Aymeric Laporte was the only City player to make the cut in that part of the side. City goalkeeper Ederson was also beaten to the punch by Brazilian team-mate Alisson.