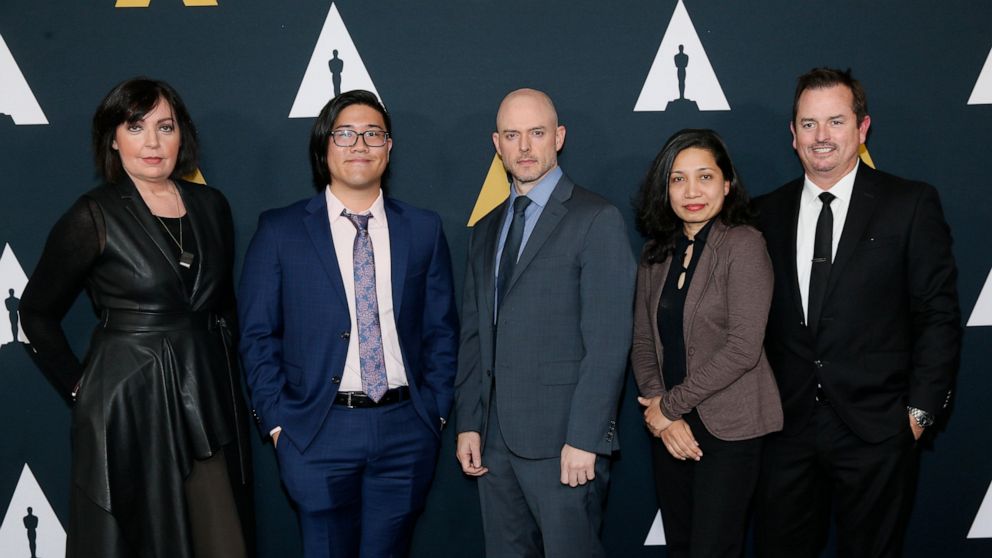 Five emerging screenwriters gained the film academy’s stamp of admission into Hollywood with help from an ensemble of actors that included Tyrese Gibson and Rosa Salazar.

The Academy of Motion Picture Arts and Sciences honored each screenwriter at the Nicholl Fellowships in Screenwriting awards and presentation on Thursday night. The five individuals each received $35,000 fellowships and had their work brought to life through live readings by Gibson, Salazar, Amandla Stenberg and Wes Studi.

The event was held at the academy’s headquarters in Beverly Hills, California.

“I want to write scripts in Hollywood. What kind of fool would want to do that?” asked Pillai, sarcastically, while pointing at herself before the audience burst into laughter. She is the first Nicholl fellow from Malaysia and faced a series of obstacles that almost kept her from attending the event.

Pillai applied for her U.S. visa, was told the earliest appointment she could get wouldn’t be until the day after the ceremony. But a fellowship official contacted the cultural affairs office at the U.S. Embassy in Kuala Lumpur on Pillai’s behalf, arranging a meeting to appeal to the consul general to expedite her visa request.

Pillai then drove two hours to Kuala Lumpur to attend the granted interview, with only the $160 donated by her friends to pay the visa application fee. She ultimately obtained the visa and took 30 hours to travel by air from Malaysia to Los Angeles — that including layovers in China and Seattle.

“If it wasn’t for the academy and my friends, I wouldn’t be here,” she said. “I would’ve missed out not only this ceremony, but also the seminars and preparations for the life you want to live. This is the start of my career.”

Winners will receive guidance from academy members as they complete a feature-length screenplay during their fellowship year. The winning screenplays were chosen from just over 7,300 submissions.

Since 1986, the competition has awarded hundreds of fellowships, aiming to identify and encourage talented new screenwriters. The academy says it doesn’t acquire rights to screenwriters’ work and doesn’t involve itself commercially in the completion of scripts.

Chung gave a heartfelt speech that nearly left Salazar in tears. He said he wants to show how people aren’t that different from each other.

“I want to connect everyone’s problems and beliefs together just to show how much we are the same,” he said.

Geeta Malik, a 2016 fellow, returned to direct the live reading. She highlighted the importance of the Nicholl Fellowship.

“If you want to get your script made, this is the perfect place to do it,” said Malik, who turned her Nicholl-winning script into a feature called “India Sweets and Spices,” currently in post-production. “This is the place where you can find people who really support your dream and visions.”