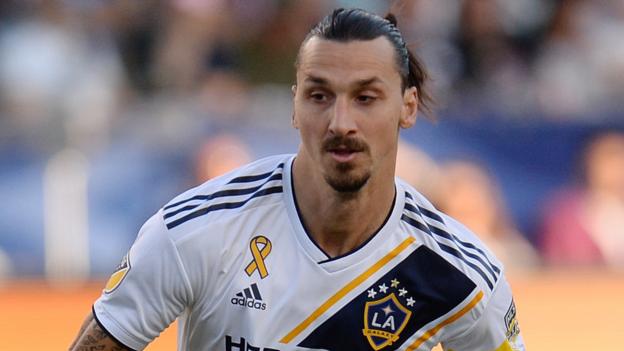 The Swedish striker joined the Los Angeles side in March 2018 but his deal runs out at the end of the year.

“Zlatan is such an interesting guy,” Garber told ESPN. “He keeps my hands and inbox full. He’s a thrill-a-minute.

“He is a 38-year-old guy who is being recruited by AC Milan, one of the top clubs in the world.”

Ibrahimovic played for Serie A giants Milan between 2010 and 2012, scoring 42 goals in 61 league appearances.

The former Sweden international’s most recent game for LA Galaxy was a 5-3 defeat by Los Angeles FC in the Major League Soccer Cup play-offs.

Ibrahimovic has scored 53 goals during his time in the United States and was named in the MLS best XI teams of 2018 and 2019.