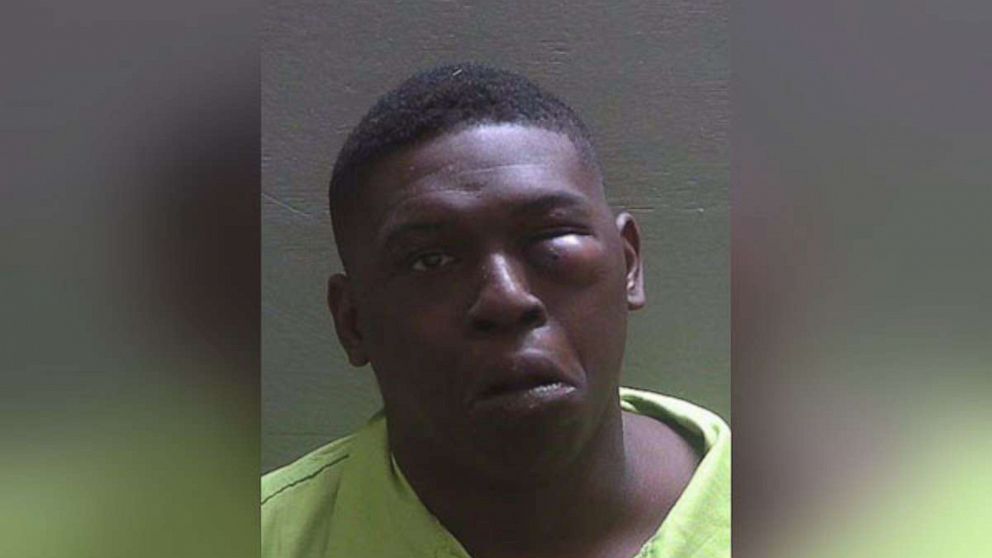 A witness outside an Alabama convenience store said he saw the man arrested in the disappearance of Aniah Blanchard force the 19-year-old stepdaughter of UFC fighter Walt Harris into her own car and kidnap her, according to an arrest affidavit.

Ibraheem Yazeed, 29, was arrested late Thursday in Escambia County, Florida, and made an initial court appearance Friday evening. He waived extradition and is expected to be brought back to Auburn, Alabama, immediately.

Surveillance footage from inside the convenience store in Auburn showed both Yazeed and Blanchard inside at the same time on Oct. 23 — the last time she was seen.

According to the police affidavit obtained Friday by ABC News, “Blood evidence was discovered in the passenger’s compartment of the vehicle that was indicative of someone suffering a life-threatening injury. The evidence was submitted to the Alabama Department of Forensic Sciences and confirmed to be that of Aniah Blanchard.”

Blanchard has still not been located.

Police had released a photo of a person of interest, later called a suspect, at the Chevron gas station where Blanchard was last seen on Wednesday. A day later, he was identified as Yazeed.

“During the subsequent investigation a witness identified Yazeed as the individual he observed forcing Blanchard into a vehicle against her will and then leaving with her in the vehicle,” the affidavit states.

Yazeed is to be charged with kidnapping in the first degree, a designation that includes the intent to inflict physical injury.

This is not the first time Yazeed has been charged with kidnapping in the first degree. In January 2019, he was arrested in Montgomery for kidnapping William Joseph Fuller III. According to a complaint, Yazeed and three other people kidnapped Fuller on Jan. 29 and held him against his will “and beat him until he was unconscious and severely injured.”

He was out of jail on $60,000 bond at the time of his arrest for kidnapping Blanchard.

“This type of guy that she came in contact with, it’s just kind of scary,” Blanchard’s father, Elijah, told Birmingham ABC affiliate WBMA after Yazeed’s arrest. “This young man is really a lethal young man; he’s gutless, he’s ruthless, he just don’t have a conscience at all and he’s proven that by his past actions.”

“I would do anything in the world to have you here with us right now,” he added. “We’re searching; we’re going to cover all areas, all aspects, to be able to find you.”

Harris, Blanchard’s stepfather, is one of the top heavyweights in UFC. He is currently ranked No. 9 in the world and was scheduled to fight former top title contender Alistair Overeem on ESPN on Dec. 7. Harris dropped out of the fight earlier this month as the search for Blanchard continued.

In an interview with ABC News on Wednesday, Harris called his stepdaughter his “best friend” and said the two would text daily and joke around with each other.