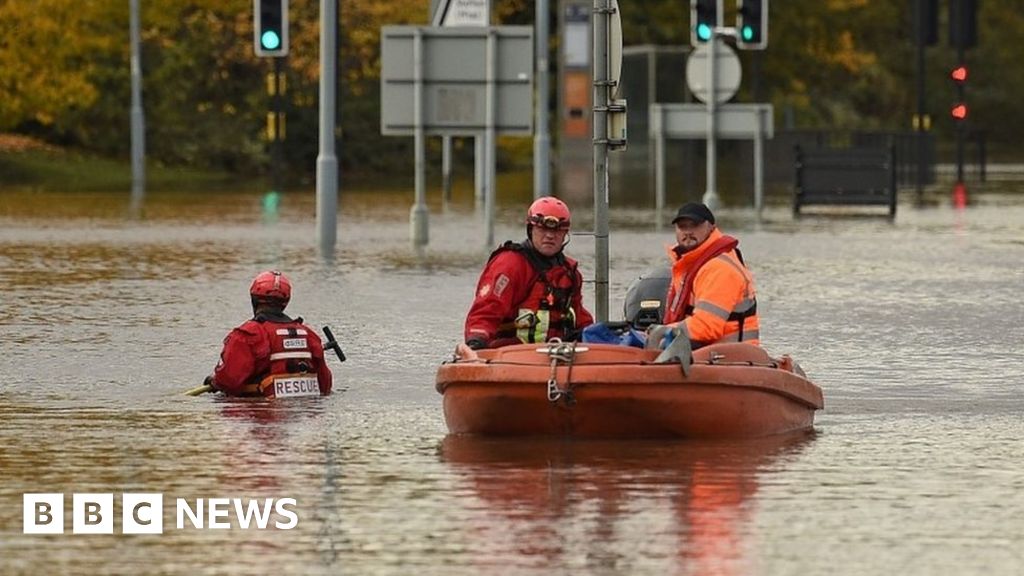 More than 60 flood warnings are in place across England after days of persistent rain.

Seven severe warnings – deemed a threat to life – remain on the River Don in South Yorkshire.

Towns and cities across Yorkshire and the Midlands have faced disruption and in some cases emergency evacuations as rivers have burst their banks.

Former High Sherriff of Derbyshire Annie Hall was swept to her death by the flooded River Derwent near Matlock.

In addition to the severe warnings, the Environment Agency has issued a further 54 warnings – meaning flooding is expected – and 99 alerts.

National Rail said a number of routes were still affected by flooding and advised those travelling by train to check before setting out.

One of the most severely hit areas has been Bentley in Doncaster, where flooding affected many homes 12 years ago.

One resident told BBC Radio Sheffield: “The worry is our insurance policies are expensive as it is because of the 2007 floods, so now we’re all worried whether we’re going to get reinsured.”

Reporter Richard Cadey said some residents were “angry and frustrated” at Doncaster Council – claiming it had not been providing sandbags early enough to prevent properties from flooding.

Have you been affected by the floods? Share your experiences by emailing haveyoursay@bbc.co.uk.