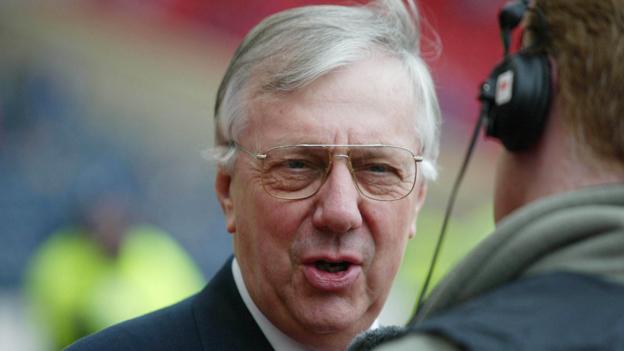 Ayr United say they “are deeply saddened” as they announced the death of former chairman Bill Barr.

His company, Barr Construction, sold its 75% stake in the Scottish Championship club in 2003 at the same time as he stood down as chairman due to ill health.

The company was bought by McLaughlin & Harvey four years later.

“Our heartfelt condolences go out to all of Mr Barr’s family and friends,” Ayr said of his passing on Twitter.

However, its chairman never realised his dream of building a new stadium for his own club.